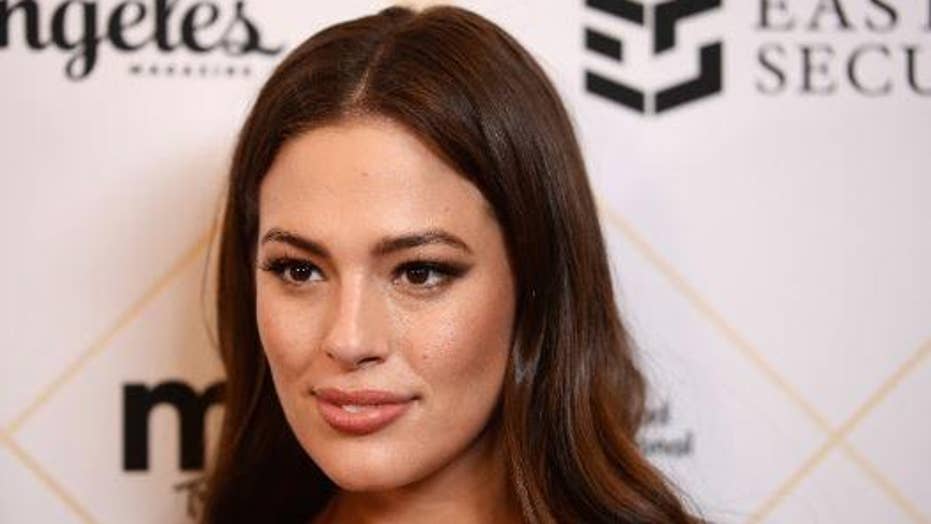 Model Ashley Graham reveals to Elle magazine that 'having lots of sex' is the key to a lasting marriage.

Sports Illustrated Swimsuit cover girl Ashley Graham has been married to cinematographer and director Justin Ervin for eight years — and she knows exactly how to keep the passion alive.

“Just have sex,” the 31-year-old told ELLE magazine for her February 2019 cover story. “Have sex all the time. Even if you don’t feel like it, just have sex. I have found that if we haven’t had sex, we get snippy, and then if we are having sex, we’re all over each other. For us it’s like, ‘Oh, let’s have sex.’ And then we’re just right back in a great mood.”

And while things may be hot and heavy for the pair these days, Graham and Ervin remained abstinent until they officially tied the knot in 2010.

“Something that it did for us was build up our friendship, and it also built up our trust and communication,” explained Graham. “Of course we were sexually attracted to each other; we would make out heavily. All those things were there. I wasn’t worried about, ‘What’s sex gonna be like with him?’ It was more, ‘Do I trust him?’ ‘Is he someone I want to be with for the rest of my life?’”

ASHLEY GRAHAM GETS CANDID ON BEING A SEX SYMBOL

Graham also said their faith was essential to their relationship. The couple first met while volunteering at her church.

“When you fast and you pray, it’s bringing more sensitivity to hear from God,” said the Nebraska native. “That’s exactly what we wanted; we were like, ‘OK, we want more sensitivity to be able to hear from God in the big decisions that we’re making.’ We do it together because there’s a verse in the Bible that says, ‘Where two or more are gathered, He is in the midst.’ So as we do it together, it just makes it even stronger.”

Despite their joyous union, Graham said she isn’t in a hurry to become a mother.

“For me, being a wife and being a woman, happiness doesn’t equate to having kids,” she explained. “Kids will come when they come. Happiness right now is building with my husband and building my business.”

“Having a lifestyle brand is a very big goal for me,” added Graham on what the future holds for her.

Graham first made history in 2016 when she became the first plus-size model to grace the cover of the coveted Sports Illustrated swimsuit issue.

“I think since my Vogue and Sports Illustrated covers, my relationship with my body hasn’t changed,” Graham told Fox News in 2017. “I think since I was a young girl in Nebraska to a girl who moved to New York at age 17, I had a lot of adjustment.

“And then from the age of 17 to even 22-23 years old where I really had to figure out who I was, why I was a model, what my voice was, the message I wanted to get out to young women and men. I really had to come to a realization that my body is my body. I call the shots. Nobody else… gets to do that. I think that has been a very interesting road… I want other young people to know that they are not alone in their body journey.”

And Graham doesn’t mind being recognized as a sex symbol who happens to have a huge female following.

“I think it’s fantastic!” she said. “I think that women should definitely follow other women that they find sexy, that they find intelligent. You have different role models for different purposes. I think that’s important. And I love all of my female followers. And my men followers, too!”