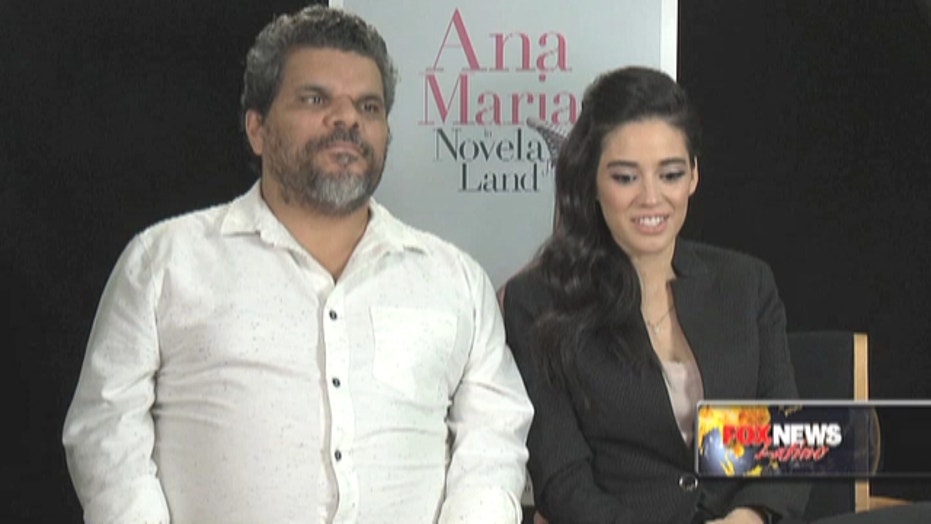 A chat with the stars of 'Ana Maria in Novela Land'

Telenovelas are a big part of the Latino culture.

The soap opera tradition has even filtered down to second- and third-generation U.S. Latinos, a theme explored in the new romantic comedy, “Ana Maria in Novela Land,” out in theaters Feb. 27.

"It’s just part of who we are and what defines the culture, I mean, you can say there is spicy food, and lovely and lively music, and telenovelas!,” star Edy Ganem told Fox News Latino.

Set in Los Angeles, in a typical Mexican-American home, the film's dialogue is mainly in English but has Spanish sprinkled throughout. Ganem says bicultural Latinos will identify with the characters easily.

"It’s another story that we can see about people who live here," she said. "A family, it just happens to be a Latino family, and of course we enjoy watching our novelas!"

The film has a campy charm similar to the TV show “Jane the Virgin,” and, with the success of that show, Ganem says it's clear Latino audiences want to see more people like them portrayed onscreen.

The 25-year-old actress was born in Modesto, California, but raised in Mexico. She started her career playing small roles in shows such as CBS’ "Rob," and "The Cleveland Show.”  But for the last three years, she’s honed both her comedic and dramatic skills playing Valentina Diaz  in the Eva Longoria-produced series "Devious Maids."

"Ana Maria in Novela Land" is Ganem’s first lead in a feature film.

“It was nerve-wracking at first, but then when we were on set it was like boom, boom, boom."

Sadly, the movie was Peña's last. She died from complications of alcoholism on Oct. 12, 2014.

“She was an incredible woman, an incredible individual, she opened a lot of doors. She was a blessing to have on this movie,” said Guzman.

In the movie, Peña plays Ganem’s mother, who clearly wants the best for her daughter but tends to express it in an overbearing way.

“She was so fun to be around. She was full of joy and happy to be working," Ganem told FNL. "She enjoyed it, and she really showed that, and it was an honor to be a part of this film with her.”

The trading-places comedy was produced by Fluency Studios who develop multicultural entertainment content distributed by NBCUnviersal.