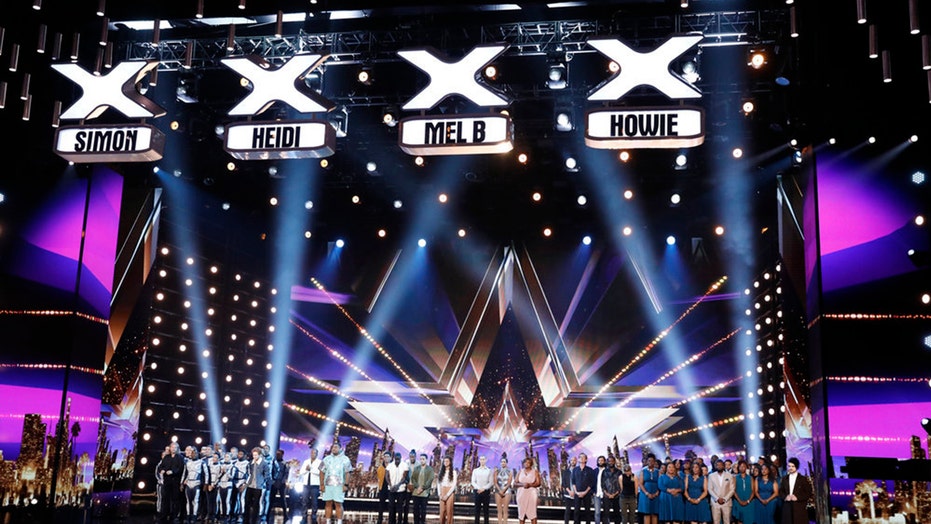 “America’s Got Talent” has halted filming amid the coronavirus pandemic — as judge Heidi Klum awaits a test for the virus, The Post can reveal.

The TV hit — NBC’s highest-rated summer show — was filming auditions in Los Angeles up until Friday.

The cast and crew filmed on Friday without an audience, with only an essential crew.

However, out of an abundance of caution, the show is being closed down, sources have confirmed.

Production of "America's Got Talent" has been put on pause amid the coronavirus outbreak. (2017 NBCUniversal Media, LLC)

Show stars Simon Cowell, Howie Mandel, Sofia Vergara and Heidi Klum have been on set — but Klum left the show on Tuesday after falling ill.

Insiders said she first thought she had food poisoning, but speaking to fans over Instagram from her bed on Friday, the supermodel said:

“It all started with a chill, feeling feverish, cough, runny nose.

“I’m just not feeling good so that’s why I’ve stayed home to not infect any other people.”

Klum explained her confusion surrounding her symptoms and the difficulty she’s had in being tested for COVID-19.

“I just hope it’s a cold. I’d love to do the coronavirus test but there just isn’t one here,” Klum explained.

“I tried with two different doctors and I just can’t get one. Stay safe everyone. Stay home if you don’t feel good.”

Meanwhile, Mandel — a self-confessed germaphobe — was pictured arriving on set in a hazmat suit.

A source on set said: “The absolute priority is the care and well-being of the crew and everybody working on the show, and their families.”

A Freemantle source said the measures were taken to minimize the risk of exposure across their remaining productions.

Staffers have also been encouraged to work remotely.

“AGT” was just a few days short of wrapping the Season 15 audition rounds. The source said production on “Family Feud” is also being suspended, while “American Idol” is on a scheduled production hiatus, adding the producers will decide further measures in the coming weeks.