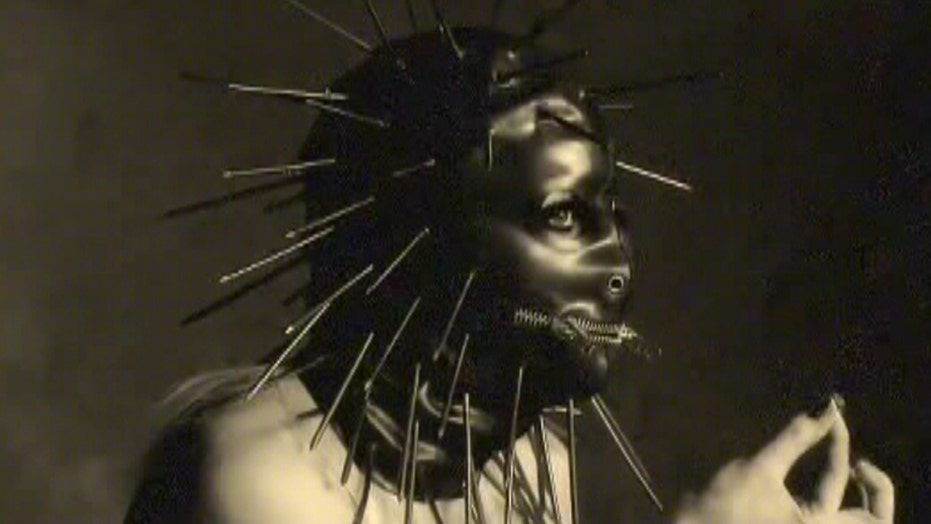 How far will 'American Horror Story' push the envelope?

After weeks of teasers and incredibly creepy clown imagery, “American Horror Story: Cult” debuted its opening credits and they’re downright political. The minds behind the show previously revealed that the real-life 2016 election would factor into the plot, and the opening gives us our first real taste of that.

The FX Network released the opening credits on the show’s various social media platforms. It opens with more “hive” imagery, showcasing bees and other bugs crawling over a surface and out of someone’s skin as well as more haunting clowns. However, the real takeaway comes when someone dons a Donald Trump mask, followed quickly by someone else putting on a Hillary Clinton mask. They look almost cartoonish and like a cheap Halloween costume, but the setting is more than enough to make them look incredibly spooky. Later on, an American flag is seen dripping with blood.

Creator Ryan Murphy previously said that the election would play a big role in getting the action going, so the inclusion of these masks aren’t surprising, just grim. However, as YahooTV notes, executive producer Alexis Martin Woodall told reporters at the Television Critics Association press tour that the series would be neither a Turmp-bashing nor Clinton-bashing party.

“When Ryan had to make the announcement originally that the season was going to deal with Trump,” she said, “I think it’s more about what’s going on in our world around us.”

Murphy himself tried to marshal expectations about a politically-charged season as well, telling The Hollywood Reporter, “The first 10 minutes of the season takes place in a very eerie macabre way on Election Night and there’s something terrible that happens in the lives of our characters on ElectioN night as they’re watching it all go down.”

Variety points out that the opening credits highlight five previously-announced members of the cast, Sarah Paulson, Evan Peters, Cheyenne Jackson, Billie Lourd and Alison Pill. Emma Roberts and Lena Dunham are also set to join “Cult,” but were not present in the opening credits.