Emmy Award-winning actor Alec Baldwin said ‘it’s time to ‘overthrow the government of Donald Trump.’ He added that it should be done in a non-violent way. Baldwin urged people to vote in the midterm elections.

“In an orderly and formal way, and lawful way, we need to overthrow the government of the United States under Donald Trump,” Baldwin said Sunday night at a major fundraising dinner for New Hampshire’s Democratic Party.

Baldwin said his role as Trump on “SNL” wasn’t supposed to last as long as it has. 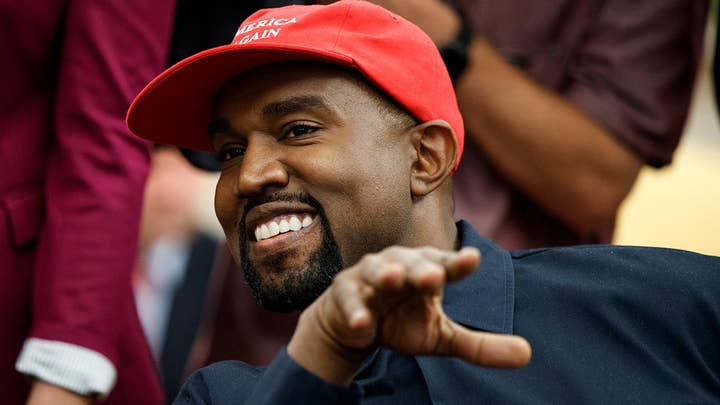 “‘Just three shows,’ he said,” Baldwin recalled “SNL” producer Lorne Michaels saying as he tried to convince the actor to portray then-candidate Trump. “‘Till the election,’ he said. ‘Then he’ll be gone,’ he said. ‘Three shows. It will be fun,’ he said.”

But Trump’s victory over Hillary Clinton in the 2016 presidential election resulted in an extension of Baldwin’s run on the late-night comedy show – including this weekend’s opening sketch about Trump’s recent meeting with rapper Kanye West.

ALEC BALDWIN: 'EVER SINCE I PLAYED TRUMP, BLACK PEOPLE LOVE ME'

Turning serious, Baldwin then rallied the crowd to vote in next month’s midterm elections, saying “this election and the one that follows in 2020 will be the most consequential elections since the election of FDR.”

He added: “It is time to overthrow the government of Donald Trump -- not in a violent way or unlawful way -- but it must be overthrown nonetheless.” 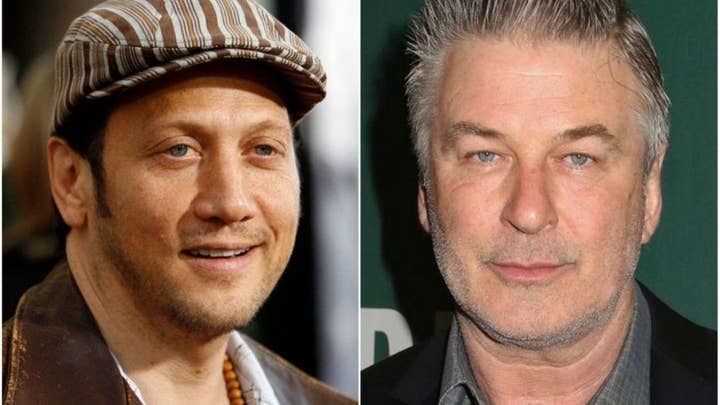 Baldwin ended his nearly 20-minute-long speech by putting his own spin on the president’s famous campaign slogan.

Some New Hampshire Republicans criticized the state’s Democrats for choosing Baldwin as their keynote speaker. They pointed to Baldwin’s past problematic behavior, including making abusive comments to and about women, and making homophobic remarks.

“Most of the time people are trying to tar me with a brush about defending Woody Allen,” he said, referring to the filmmaker who has long faced allegations of sexual assault, which he has denied.

Baldwin also told reporters that he’s “always dreamed” of running for office himself, but explained it’s not in the cards for him at this time.

“My wife told me she’d divorce me if I ran for office,” he joked.

He also downplayed suggestions that his Democratic activism would limit the success of “The Alec Baldwin Show,” his new venture on ABC.

Baldwin has long been a backer of Democratic candidates and causes. He famously declared that he’d move to Canada if then-Texas Gov. George Bush won the 2000 presidential election. Though Bush did win, Baldwin didn’t move.

New Hampshire is the state that holds the first presidential primary every four years -- and Sunday night’s dinner over the years has been a key stop for potential Democratic White House hopefuls.

Baldwin previously made headlines in June when he told radio host Howard Stern that if he made a 2020 presidential bid, he would beat Trump.

“If I ran, I would win,” Baldwin said. “I would absolutely win.”

Baldwin said Sunday that if he had decided to run, “I thought it would be such a pleasure to go around the country and try to remind people that, Let’s get back to a time of common sense.”

But Baldwin said he’s not very optimistic when he considers the potential field of Democrats vying for the party’s presidential nomination in 2020.

“I’m hoping that someone that isn’t necessarily on the horizon right now would materialize,” Baldwin said, “because I don’t think anybody that’s a frontrunner now of the top six, seven, eight names that I’ve seen, I don’t think any of them is going to have an easy time of it.”

He also took another shot at the president.

“Every day I wake up, I still am horrified,” he said. “I feel like I’m in some dream that Trump is president of the United States. I almost can’t even say it.”