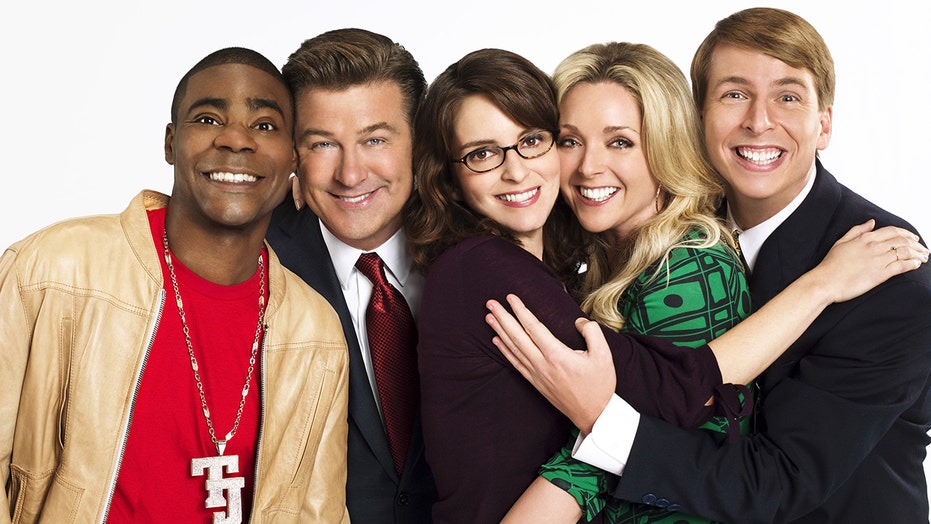 NBC is making it 2006 again, through science or magic: “30 Rock” is returning to the Peacock next month for a new, original remotely-produced event that will also double as an upfront special for the NBCUniversal properties.

The special, which will air Thursday, July 16 at 8 p.m. on NBC, will feature the return of cast members Tina Fey, Alec Baldwin, Tracy Morgan, Jane Krakowski, Jack McBrayer and others, reprising their “30 Rock” roles for what NBC is describing as “a first-of-its-kind all-audience upfront event.”

The return of “30 Rock” comes as NBC also recently aired a new episode of “Parks and Recreation,” featuring the show’s stars reprising their roles in an all-new story. In this case, the “30 Rock” special will also be filmed remotely — but the story will additionally serve as a promo for NBCUniversal programming.

The hour-long, commercial-free event will first premiere on NBC and then will be rebroadcast across USA, Bravo, E!, Oxygen, SYFY, and CNBC as well as available to stream on NBCU’s new service Peacock on Friday, July 17 at 9 p.m. ET. That’s two days after Peacock’s July 15 nationwide launch. (“30 Rock” is available to stream on Peacock.)

“We’re all happy to have this excuse to (remotely) work together again for NBC,” said “30 Rock” executive producers Fey and Robert Carlock said in a joint statement. “To quote Kenneth the Page, there are only two things we love in this world, television and everyone.”

Broadway Video and Little Stranger, Inc. in association with Universal Television and NBCUniversal Creative Partnerships, are behind the special, which is being driven by NBCU’s advertising division. Oz Rodriguez (“Saturday Night Live”) will direct the special.

JANELLE MONAE SINGS, ACTS AND KNOWS HOW TO MASTER AN ESCAPE ROOM. HER NEXT CHALLENGE: DIRECTING

“At NBCUniversal, we’re excited to produce an upfront that reflects a new reality and celebrates our relationship with viewers and advertisers alike,” said Linda Yaccarino, chairman, advertising and partnerships, NBCUniversal. “Historically, this event is about the future of programming; this year, it’s about the future of our industry — a future where we can meet audiences wherever they are, with the stories that move them.”

Yaccarino’s quote also included a line that presumably wasn’t written by Fey and Carlock: “As the old saying goes… when life hands you Lemon, have her host the Upfront!”

The “30 Rock” Upfront special will feature guest appearances from talent from across NBCUniversal, highlighting new and returning programming from NBC, Telemundo, USA Network, SYFY, E!, Bravo, and more. It sounds a bit like the fall preview specials that the networks produced for years, often featuring performers in their network series character, touting new TV shows.

“We put our fans first in everything we do at NBCUniversal, so of course our audiences are at the heart of our reimagined Upfront experience,” said Josh Feldman, executive VP, head of marketing and advertising creative, NBCUniversal.

“30 Rock” aired on NBC from October 2006 to January 2013, scoring 16 Emmys, including three consecutive wins for comedy series. The show also landed seven Golden Globes, 22 guild awards among SAG, WGA, DGA and PGA; as well as Image, Peabody and AFI Awards. The series is also the record-holder for most Emmy nominations in one season for any comedy series, and received a total of 103 Emmy nominations over seven seasons on NBC.