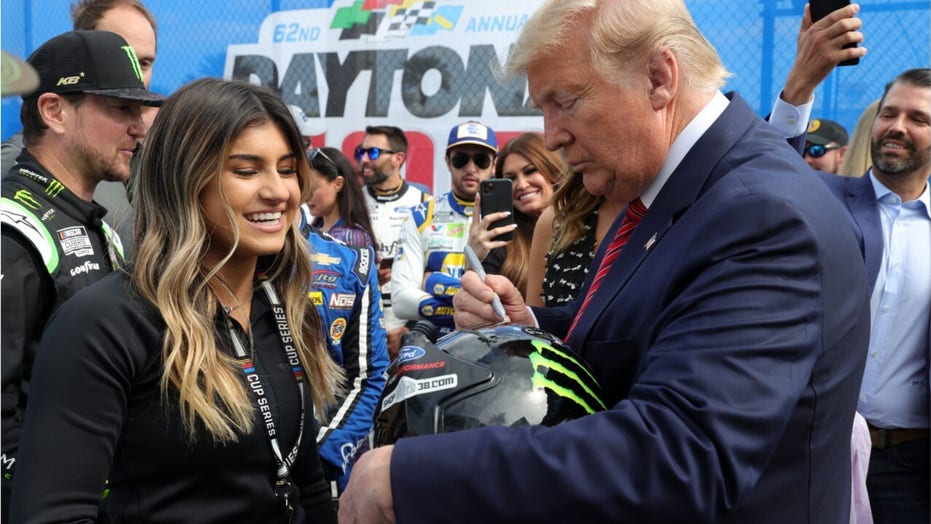 Who is Hailie Deegan? 5 facts about the up-and-coming racing driver

Find out more about racing driver Hailie Deegan, a developing star in the racing world.

Hailee Deegan made a splash at Daytona International Speedway this year, finishing second in the ARCA 200-mile race, then scoring a photo op with President Trump, but she's no rookie.

Here are a few things to know about the up-and-coming star before she gets back behind the wheel at Phoenix Raceway on Friday night:

Hailie’s dad is freestyle motocross legend Brian Deegan, who is credited with landing the first backflip in competition. After making his mark on two wheels with the Metal Mulisha team, he became one of the top rallycross and off-road truck racers in the country.

The younger Deegan got her start racing karts and trucks in the Lucas Oil series, but switched to stock cars when she was 16. The homeschooler was surprised at Sonoma Raceway with a cap, gown and diploma to celebrate her graduation in 2018.

Later that year she became the first female to win a race in the NASCAR K&N Pro Series at 17. The victory came after a bump and run move on the last lap, something she repeated for her second and third wins the following season, the latter after taking teammate Chad Krause out of the race.

"I don’t regret it. I am sorry that he [Kraus] spun out. But this thing's been blowing up and people are turning on me. And I get that not everyone’s going to like me. I get that,” she said after the race.

Deegan started her stock car career as part of the Toyota Racing Development program, but in 2020 signed with the Ford Performance team that her dad won an XGames gold medal for in rallycross.

Along with her seat on the DGR-Crosley ARCA Menards Series stock car racing team, Deegan also drives a Ford Mustang GT4 for Multimatic Motorsports in the IMSA Michelin Pilot Challenge sports car racing series. She drives a Mustang on the street, too, ever since Ford Performance surprised her with a Shelby GT350.