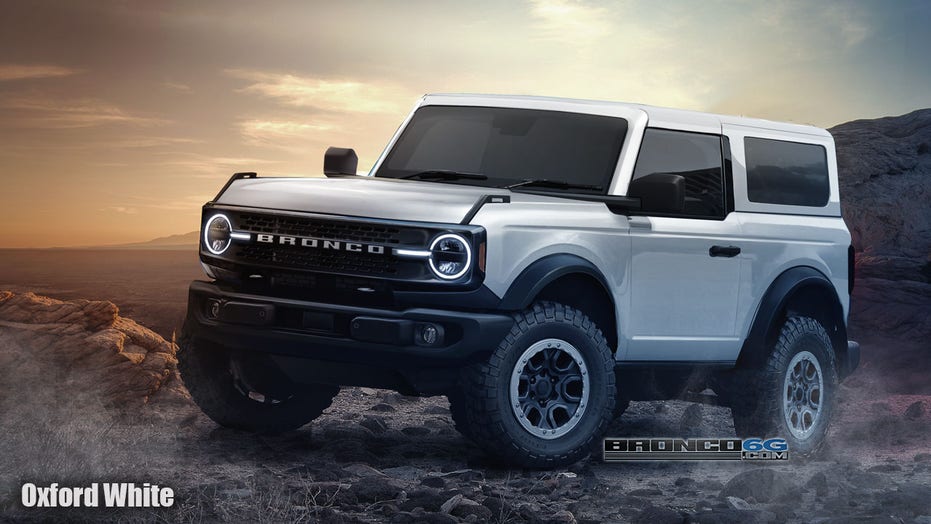 After waiting for 24 years, what's another couple of months?

The automaker has announced that the first new Bronco SUV since 1996 will be revealed in July. The off-road SUV was originally set to debut this spring, but the event was postponed due to the coronavirus pandemic.

Enthusiast website Bronco6G.com has created a series of renderings of the 2021 Bronco based on leaked and officially released images. (Bronco6G.com)

The news comes just a few days after Ford released a video of disguised prototypes of the truck being tested in two-door and four-door versions in the Georgia woods.

Leaked images that have made their way onto the Internet reveal that the Bronco will be offered with a convertible top like the first-generation model.

The Jeep Wrangler competitor will be built at the same Michigan factory as the Ford Ranger and will share some of its components. Technical details, including what type of powertrains the Bronco will offer, have not been announced, but word on the unpaved streets is that it could have multiple turbocharged engine options and be available with a 7-speed manual transmission.

The Bronco event, which will likely take place online, will follow the livestreamed June 25 unveiling of the redesigned 2021 Ford F-150.