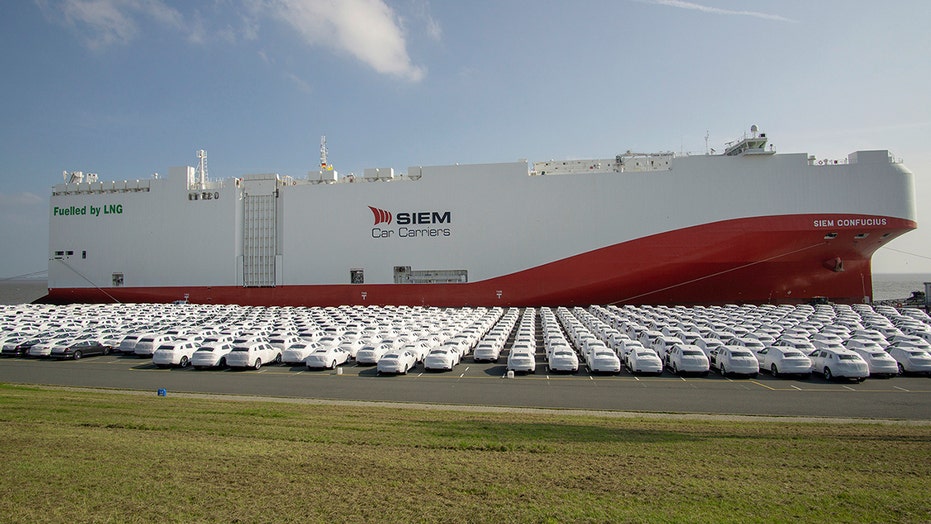 A 2012 Volkswagen Crafter customized to resemble the Scooby Doo ‘Mystery Machine’ is going up for auction in England. Built to transport One Direction's Louis Tomlinson and Zayn Malik around on tour, the vehicle is expected to sell for $35,000 to $50,000.

Volkswagen isn’t just trying to reduce emissions in its cars.

The automaker has launched the first of two LNG-powered overseas cargo ships that will replace two of the nine heavy oil-burning ships it currently uses on routes between Europe and North America.

The China-made Siem Confucius left Emden, Germany, on Tuesday with 4,800 cars onboard bound for Veracruz, Mexico. According to the automaker, which is still trying to clean up its image in the wake of the “dieselgate” scandal, the 200-meter-long ship reduces carbon dioxide emissions by 25 percent, nitrogen oxide by 30 percent, soot by 60 percent and Sulphur oxides by 100 percent compared to the conventional ships. It is the largest vehicle transporter of its size.

VW Group’s “goTozero” program is targeted at reaching carbon neutrality across the company by 2050 and reducing the lifetime greenhouse gas emissions of the production and operation of its vehicles by 30 percent compared to 2015 levels.

According to VW, the ships cruise at 16.5 knots (~19 mph) in eco mode and can also run on egas or biogas if necessary. The company currently schedules approximately 7,700 shipments annually around the world and will continue to update its fleet.