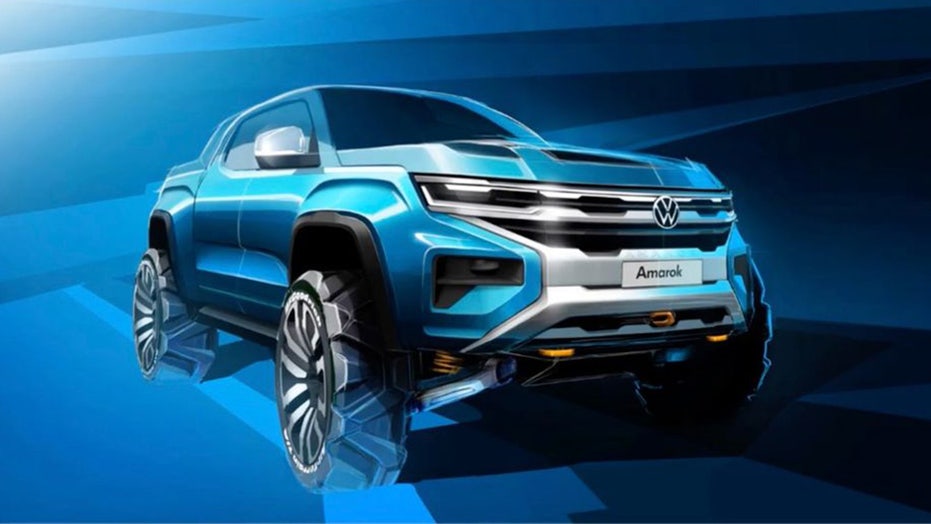 The automaker revealed the first sketch of the upcoming collaboration during an online media conference on Tuesday.

The German and American brands announced last year that Ford would lead the joint-development of the next-generation Ranger and VW Amarok, while VW would head up the work on a platform for a small commercial van.

The Amarok image depicts it as an exaggerated design concept with oversized wheels, wide fender flares and a bulging hood, but offers a clear idea of the direction VW is going in with the shape of the headlights grille and overall style. The look is far more aggressive than the current Amarok, which is not sold in the U.S.

The current Amarok was designed wholly by VW. (VW)

This one might be one day, VW Chairman Herbert Diess said during the program's announcement last year, but it is primarily aimed at other markets.

It’s not the first time there’s been a sneak peek at one of the new pickups. Last February, Australia’s Wheels magazine spotted what appeared to be the new Ford Ranger on a Melbourne street during a photo shoot.

The production versions of both trucks are expected to go on sale sometime in 2021.