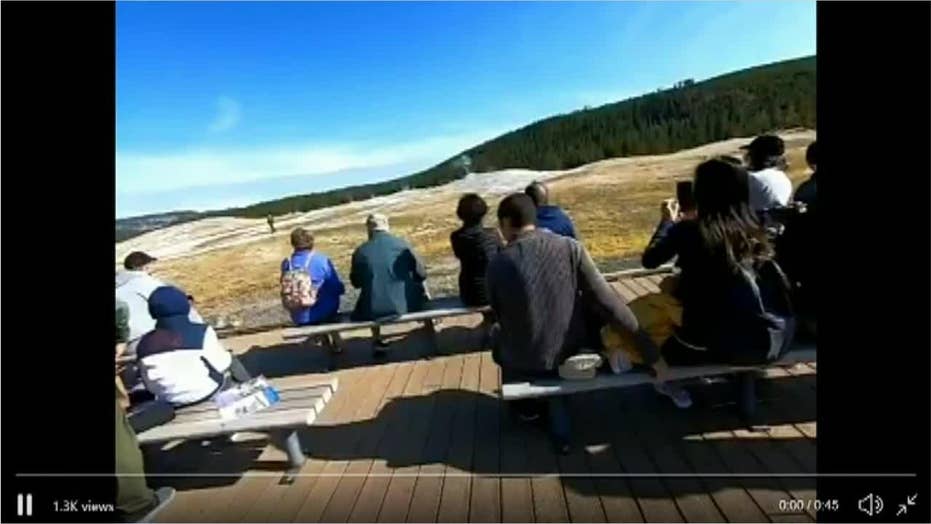 Yellowstone tourist walks dangerously close to Old Faithful, takes a photo then flips off the crowd before being escorted away by rangers.

“I can’t believe we didn’t take the insurance.”

That was Bruce Delle Chiaie’s reaction after filming the moment a bison crashed into his rental car as a herd of the 2,000-pound animals ran through traffic in Yellowstone National Park.

Dozens of North America’s largest land mammal can be seen filtering through stopped vehicles during a stampede that Chiaie believed was caused by the beeping noise made by a reversing car. 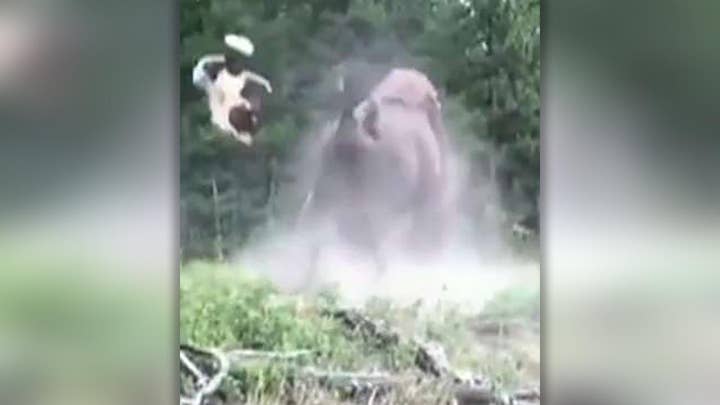 Chiaie, who was traveling with his wife and three children, said the car’s window was smashed and the hood crushed. His wife can be heard saying, “Ooh, look at the big one in front of us,” just before the moment of impact.