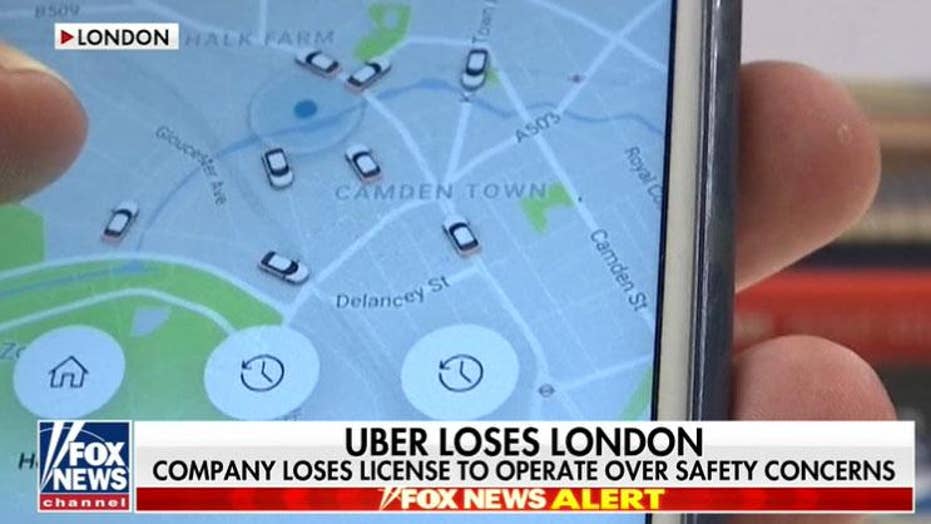 She was taken for a ride. A long one.

An Uber customer in the U.K. who was expecting to pay 200 pounds (about $260) for a 40-mile trip from central London to her home in Gillingham after an office Christmas party was shocked when the bill came to 530 pounds ($685.)

Ashleigh Cooper told SWNS said she would normally take the train, but opted for a car given the late hour she was traveling. She said the trip record confirmed that the driver had taken an 89-mile long route to the destination. Cooper said she dozed off at one point and woke up while the car was being refueled at a gas station.

The ride from London to Gillingham, Kent is typically around 40 miles. (Google Maps)

The 27-year-old contacted Uber customer service, but it took four days to get a response. She said the company confirmed the driver took the wrong route, but it only offered her 275 pounds ($355) in Uber credit as compensation rather than a refund, which she found unsatisfactory.

"After all the bad customer service, I want compensation. Their ‘compensation’ offer of Uber credit to use for future rides is insulting,” Cooper said. “I don't understand; I paid by card, I have never had Uber credit, I wanted to get paid back the way I paid."

Government agency Transport for London in November revoked Uber’s license to operate in the city after determining that it had allowed unauthorized drivers to work for the service, but the company has been allowed to continue operations after it filed an appeal.

Uber and Transport for London have not responded to a request for comment on the incident from SWNS.