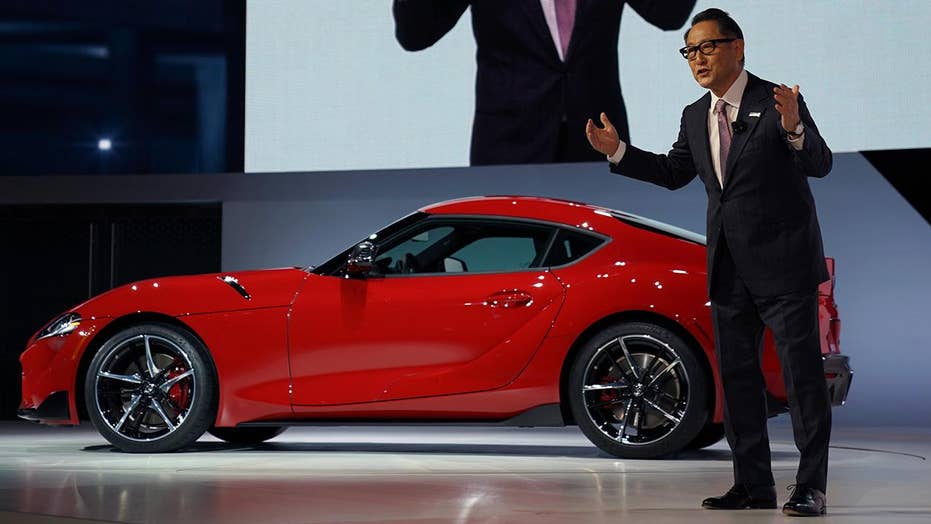 Return of the Toyota Supra

Toyota's legendary model is back in a two-seat package co-developed with BMW that's aimed at old school fans and young customers who grew up seeing it in movies and video games and have been awaiting its return.

The 2020 Toyota Supra is officially fast and furious.

The all-new sports car has been spotted on location during the filming of the upcoming ninth installment of the "Fast and Furious" franchise in Tiblisi, Georgia.

Instagrammer _pw40_ posted shots of several examples of the car being used during action sequences, and they were all painted orange, a likely tip of the hat to the first 'F&F' film as the car is not currently available from the factory in that color.

Paul Walker’s Brian O’Connor character drove a modified orange Supra in the 2001 movie, which became a legend to a generation of car fans and was instrumental in the model turning into one of the most highly sought-after cars on the collector market today.

Walker's Supra is one of the most iconic movie cars of the 21st century. (Ollie Millington/Getty Images)

Toyota has even credited the film with helping maintain the Supra’s popularity after it went out of production in 2002, opening the door to its return this year.

The 2020 Supra is a collaboration with BMW (Toyota)

But the Supra wasn’t the only car on set with ties to "F&F" history. There was also a Dodge Charger, the ride of choice for Dom Torretto, the character portrayed by Vin Diesel, but it was far from a new one.

The custom black 1970 coupe features a widebody design and a mid-mounted engine, according to Car and Driver. Chromecars.de said it was built by Speedkore, which has worked with the franchise before. In July, actor Kevin Hart bought himself a Speedkore 1970 Plymouth Barracuda that appeared in “The Fate of the Furious” for his 40th birthday.

The cast of “Fast and Furious 9” includes Diesel, John Cena and Charlize Theron and the film is scheduled to be released on May 22, 2020.