The rebooted Ford Bronco will finally be busting out of the chute on July 9 -- which happens to be O.J. Simpson's birthday.

The all-new SUV was set to be revealed sometime this spring, but was delayed by issues caused by the coronavirus pandemic.

Ford announced the official date on Twitter, which also comes just over 24 years after the last Bronco was built on June 12, 1996 at the same Wayne, Mich., factory where the new one will be produced starting early next year.

The all-new Ford Bronco will be one of eight SUVs in Ford’s North American lineup by 2020 — and one of two off-road SUV offerings.

Still, Motor1.com noted that July 9 is also O.J.'s birthday. Of course, Simpson in 1994 famously led Los Angeles police on a slow-speed chase -- in a white Bronco driven by friend AL Cowlings -- following the deaths of his ex-wife, Nicole Brown Simpson, and her friend, Ron Goldman. 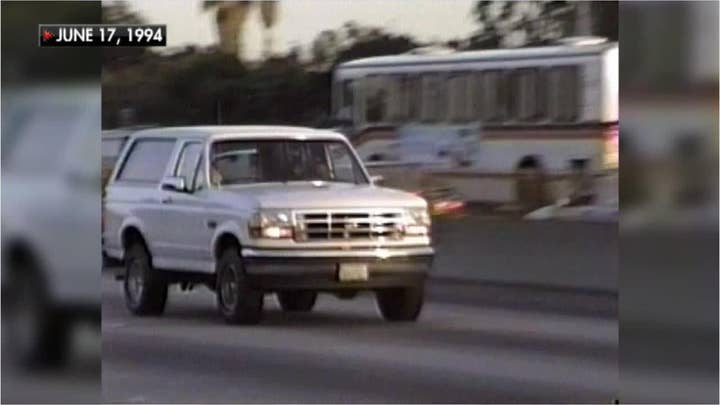 Ford has kept most details about its Jeep Wrangler competitor secret, but it will be offered in two-door and four-door models with removable roofs and feature an independent front suspension.

The Bronco6G.com fan site created this speculative rendering of the new Bronco based on images of camouflaged prototypes and insider information. (Bronco6G.com)

Video of the Bronco being tested also shows that it has a feature that brakes the inside rear wheel on slippery surfaces to help it make sharper turns in 4x4 mode.

And, it's not the only truck news Ford has planned in the coming weeks. The wraps are scheduled to come off of the redesigned F-150 on June 25 during a livestreamed event.

This story has been updated with additional information. Fox News' Michael Arroyo contributed to this report