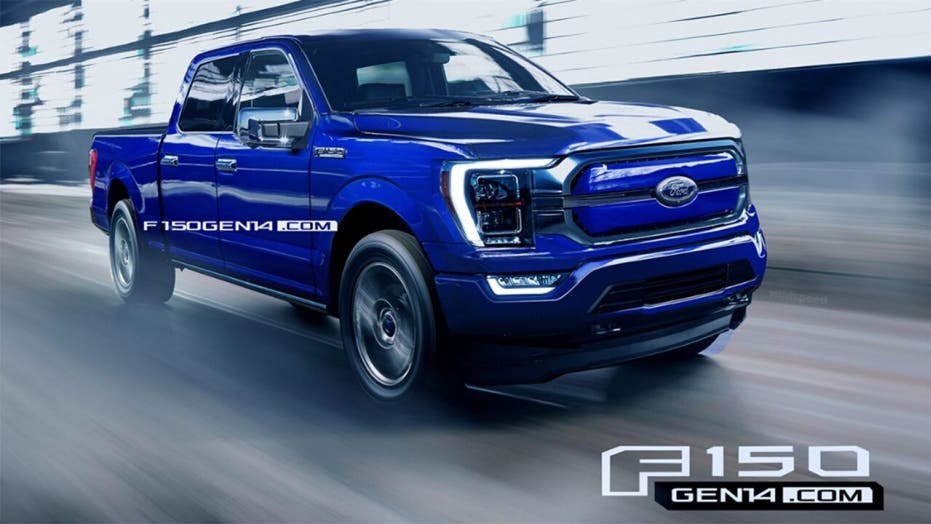 This speculative rendering of the F150 EV is based on insider information. (F150Gen14.com)

Ford is introducing a new F-150 later this year that will likely include a hybrid model for 2021, but the all-electric version will be trailing behind.

Details on the battery-powered truck have not been revealed, but Ford has released video of a prototype truck towing a train that weighs over one million pounds.

The electric F-150 could be facing a crowded marketplace when it arrives in showrooms, with battery-powered trucks from Tesla, GMC and startup Lordstown Motors all scheduled to go on sale next year.

Along with the F-150 EV, Farley said an all-electric Transit van will also enter production in 2022.

General Motors also plans to have an electric commercial van in production by the end of 2021 in order to beat Tesla to market in the segment, according to Reuters, but GM has not commented on the report.