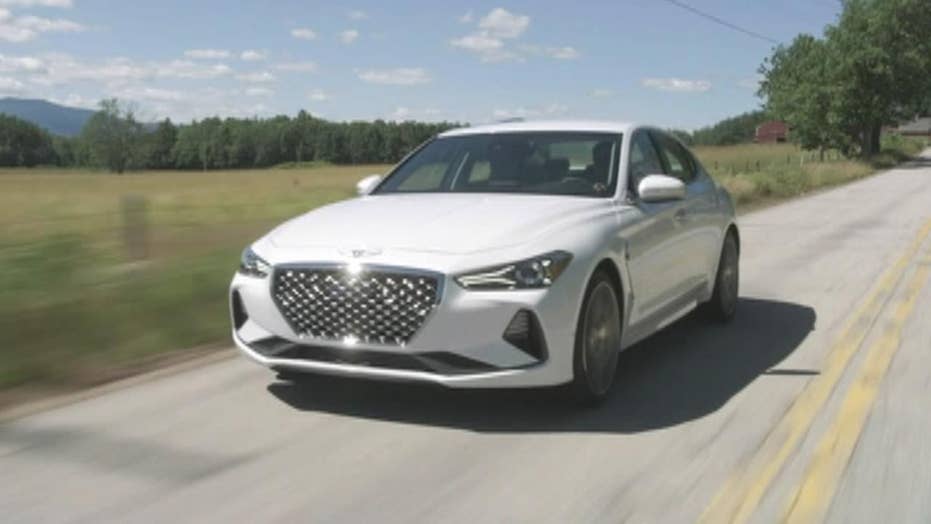 The 2019 Genesis G70 wins the North American Car of the Year award while the Hyundai Kona sport utility vehicle and Dodge Ram pickup truck take the top prize in their categories.

Twelve years after Hyundai launched the first Genesis sedan the now-standalone luxury brand finally has the SUV that it’s been needing to bring its U.S. sales to the next level.

The 2021 GV80 unveiled in Seoul, South Korea, on Tuesday will compete with models like the Audi Q7 and Lincoln Aviator when it goes on sale later this year. Its oversized "Crest Grille" is a new signature design element for the brand that was recently introduced on the 2020 G90 flagship sedan.

The GV80 will offer seating for either five or seven passengers in a cabin that features the same sort of overachieving high-end style Genesis has become known for. Genesis will offer the rear-wheel-drive vehicle with optional all-wheel-drive and the choice of a four-cylinder or six-cylinder turbocharged engine of yet to be revealed size and power. Although it's not being pitched as an off-roader, the GV80 will come standard with a limited-slip rear differential to improve traction on loose surfaces, including dirt and mud.

High-end interior appointments include diamond-stitched seating and real wood trim while a 14.5-inch widescreen display dominates the top of the dashboard. The GV80 will be available with Genesis’ latest safety and convenience technology, including a 360-degree camera, an electronic road noise mitigation system, radar cruise control and a semi-autonomous lane-centering feature that will be able to perform lane changes on demand.

Pricing will be announced closer to when it goes on sale, but will likely start around $50,000.

Genesis more than doubled its sales in the U.S. last year following its G70 compact sedan being named 2019 North American Car of the Year.