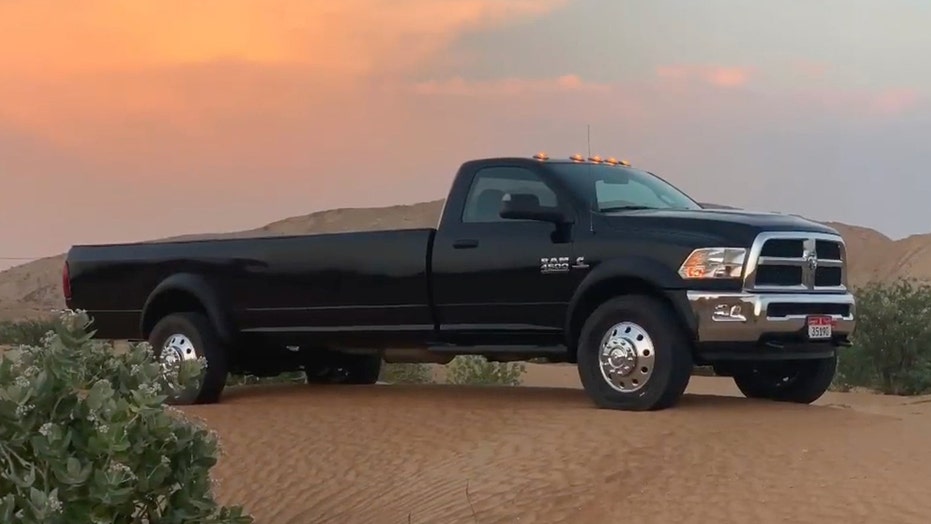 And you thought your pickup could haul.

An off-road truck super fan has built a Ram 4500 with a 16-foot-long bed, twice the maximum length that the factory offers.

According to The Drive, the custom Ram has a 205-inch wheelbase, which is longer than an entire Dodge Charger sedan and is powered by a 6.7-liter Cummins diesel engine.

It belongs two Sheikh Hamad bin Hamdan Al Nahyan of Sharjah, UAE, who owns the world’s largest collection of 4x4 vehicles, and is a fully-functional truck.

Al Nahyan has even fitted it with a tarp to turn the bed into a pool, which may be the most pickup truck thing you can do.

He’s not the first to build a super-sized Ram, however. In 2012, the automaker revealed the Long Hauler concept, which is a Mega Cab Ram with an eight-foot bed and an auxiliary gas tank sandwiched between them that gave it a range of 1,700 miles between fill-ups. That’s enough to get it cross-country with just one stop.

Ram actually considered putting it into production, but ultimately couldn’t make a business case for it. However, it will be introducing the 702 hp Ram 1500 TRX later this year, which hauls in a very different way, covering a quarter-mile in less than13 seconds.

The museum includes several unique creations, including a Jeep Wrangler equipped with pontoons