Will Tesla reveal the Model Y on Thursday? (Tesla)

Tesla will be making news this Thursday, on its own terms.

The announcement was made late Tuesday by Elon Tusk — the new Twitter handle that Tesla CEO Elon Musk started using the day after the SEC accused him of violating an agreement not to tweet material information without prior approval from the company.

In a thread of tweets, Musk wrote:

There was no further mention about what to expect, but possibilities include a preview of Tesla’s upcoming Model Y small SUV or a pickup truck.

The Model Y is scheduled to enter production next year at new Tesla assembly facilities slated for Nevada and Shanghai, China, but has so far only been shown in shadowy teaser images. Musk has confirmed that it will be built on the same platform as the Model 3, which will be produced alongside it in Shanghai.

The Model Y will be built on the same platform as the Model 3. (Tesla)

The timeline for the production truck’s debut is less clear, but during Tesla’s earnings call in January Musk said “we might be ready to unveil that this summer. It will be something quite unique, unlike anything else.”

A likely humorous rendering of a Tesla pickup based on its new Semi tractor. (Tesla)

During a reveal event for Tesla’s Semi tractor prototype in 2017, Musk showed what was likely a humorous rendering of a futuristically-styled Tesla pickup that was so big it could fit another full-size truck in its bed. However, he has since said the actual truck will look like something out of “Blade Runner” and have several unique features.

Many Tesla Model 3 reservation holders have also been waiting to hear when the long-promised $35,000 standard version of the sedan will be available, but the company recently removed mention of it from its consumer website.

On Friday, Tesla is due to make a $920 million payment on maturing convertible bonds, which could be converted to equity if the company’s stock reaches $359.87 by that date. It closed on Tuesday at $297.86. 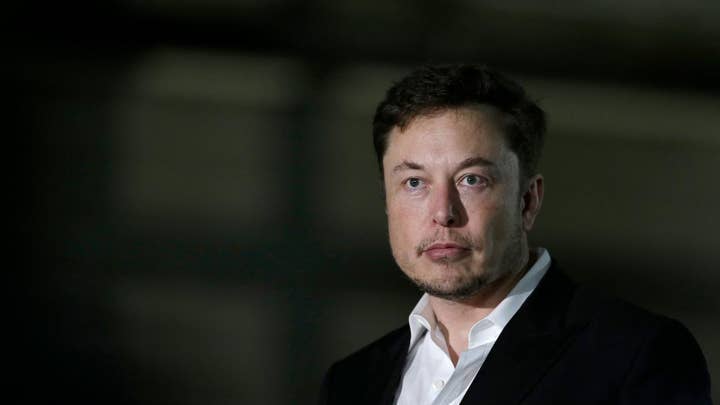