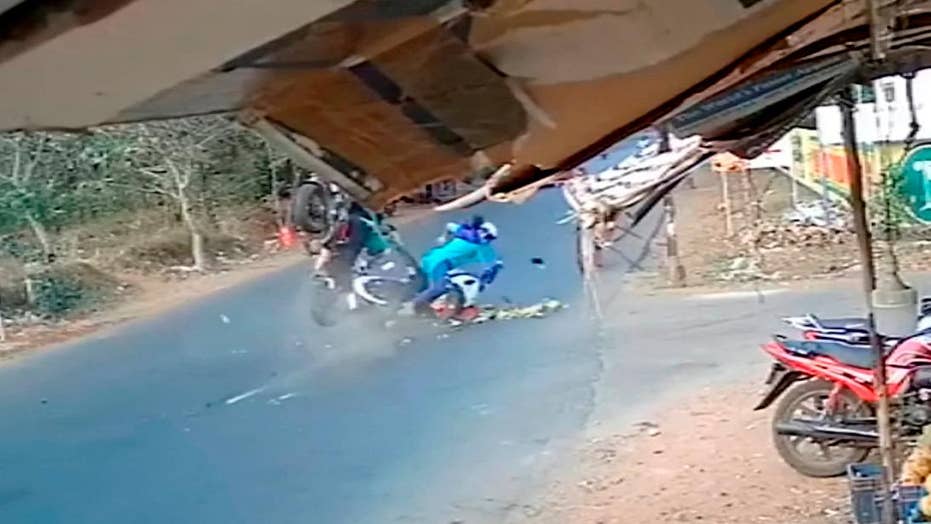 India: A scooter rider’s miracle escape after getting hit at full speed by another biker

India: A scooter rider’s miracle escape after getting hit at full speed by another biker. Both the biker and the scooter rider only spent two days in the hospital before being discharged

A security camera captured the dramatic moment a woman on a scooter was T-boned by a motorcyclist and the two riders tumble down the road.

In the video from Nagercoil, in southern India, the woman is seen pulling out of a market after a car passes and pausing in the middle of the street just before the motorcycle runs into her at full speed.

Bodywork from the bikes shatter and scatter as they slide across the pavement and the unhelmeted motorcyclist goes head over heels.

He is then seen getting to his feet and stumbling to the side of the road as the woman lies on the ground and onlookers come to their aid.

Despite the apparent severity of the accident, SWNS reports that they were taken to a nearby hospital and released just two days later.