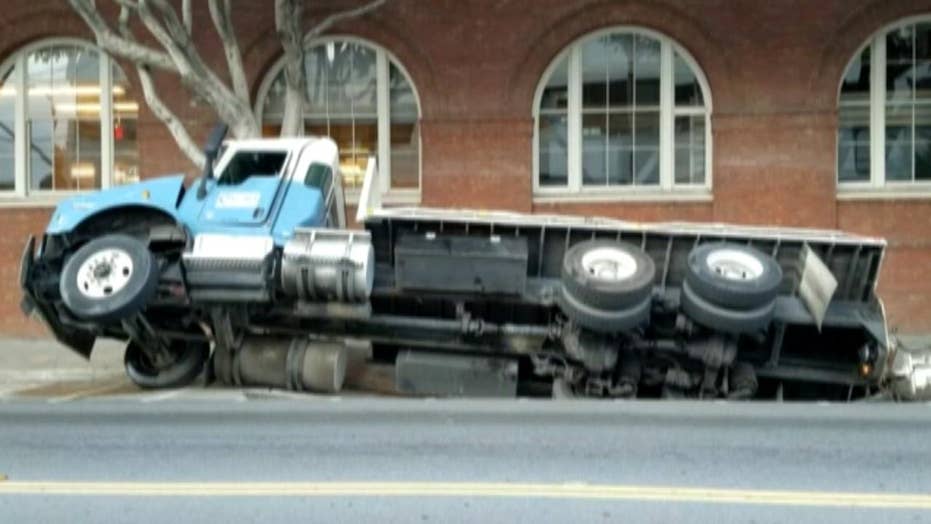 A flatbed truck carrying bags of cement and pulling a trailer with two small bulldozers on it was partially swallowed by a sinkhole in San Francisco on Friday morning.

According to the Associated Press, driver Alejandro Curiel had just parked next to a curb in the South of Market district when the truck started sinking into the ground.

Curiel was unhurt in the incident, but had to climb up and out of the driver side door to escape, after the truck got pinned up against a tree on the passenger side at a 45-degree angle.

San Francisco Public Utilities Commission spokeswoman Betsy Rhode says the five-foot by 15-foot hole has stabilized, and may have been caused by a sewer main.

SHAQ JUST BOUGHT A TRUCK THAT'S TALLER THAN HIM