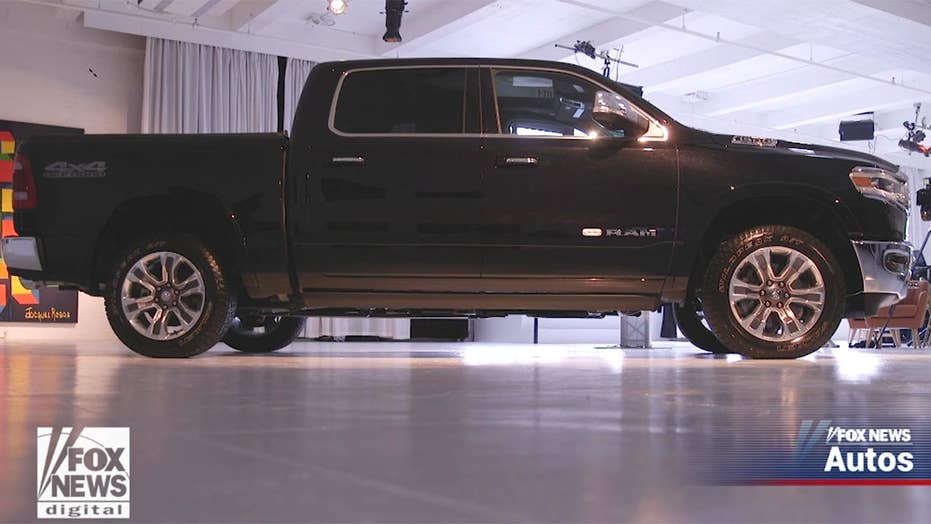 The 2019 Ram 1500 is the most high-tech, luxurious and largest half-ton pickup the brand has ever made. FoxNews.com Automotive Editor Gary Gastelu talked to Ram brand boss Jim Morrison and interior designer Ryan Nagode about the features they hope will help set it apart.

And then there were three.

A year after launching the all-new Ram 1500 pickup, the truck brand has confirmed the arrival later this year of a diesel engine that will compete with similar offerings in the Ford F-150 and Chevrolet Silverado 1500.

Ram is making the diesel available in every 1500, including the Rebel off-roader. Ford and Chevy only offer their engines in a limited number of trim levels and configurations.

Crucially for the light duty pickup segment, Ram’s diesel delivers a maximum tow rating of 12,560 pounds, which bests the top F-150 diesel currently available at 11,400 pounds. Chevrolet has not yet revealed its official figure.

The gasoline-powered F-150 3.5-liter EcoBoost has the overall best rating in the class at 13,200 pounds.

Pricing and fuel economy for the Ram diesels will be announced closer to their on sale date. The F-150 has an EPA highway rating of 30 mpg and the lowest priced model is an XLT at $46,225.

THE 2019 RAM HEAVY DUTY IS A MONSTROUS TRUCK: