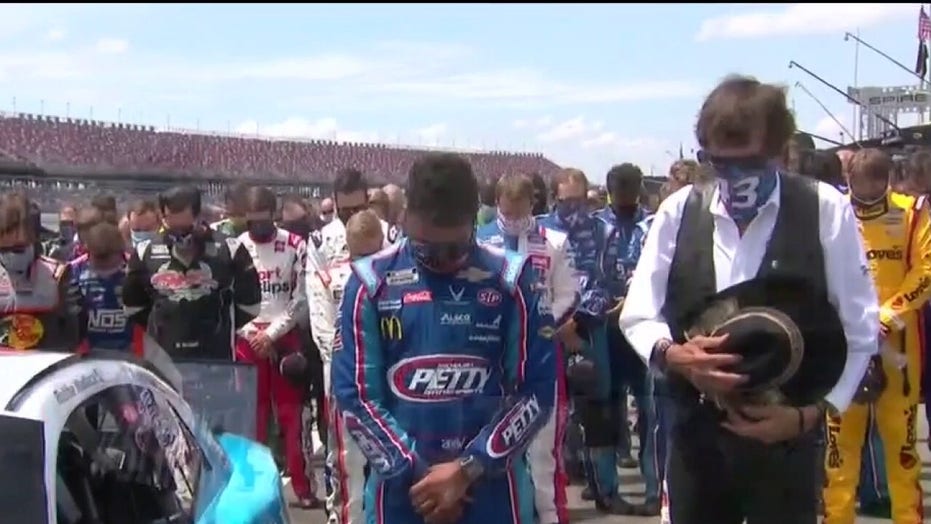 The FBI investigates the discovery of a noose near the garage of NASCAR's only African-American driver; Kevin Corke reports.

A twisted piece of twine that looks like a noose was found hanging from a tree at Sonoma Raceway in California on Saturday, track officials have revealed.

The discovery came one day before a similar item was discovered in the garage of African American NASCAR driver Bubba Wallace at Talladega Superspeedway in Alabama on Sunday, which prompted an FBI investigation and outpouring of support for Wallace from his colleagues before the start of the Geico 500 on Monday afternoon.

Wallace was instrumental in NASCAR’s decision on June 10 to ban the Confederate flag from its events, which was followed by protestors displaying the flag outside the Talladega track.

Sonoma Raceway President Steve Page said the item was found behind a former administrative office on the property and that the Sonoma County Sheriff’s Department is investigating the incident. Authorities have asked on-site business to share security video and for anyone who has an alternative explanation for the object to come forward.

The northern California track was set to host its annual NASCAR Cup Series race on June 14, but it was canceled due to the coronavirus pandemic.