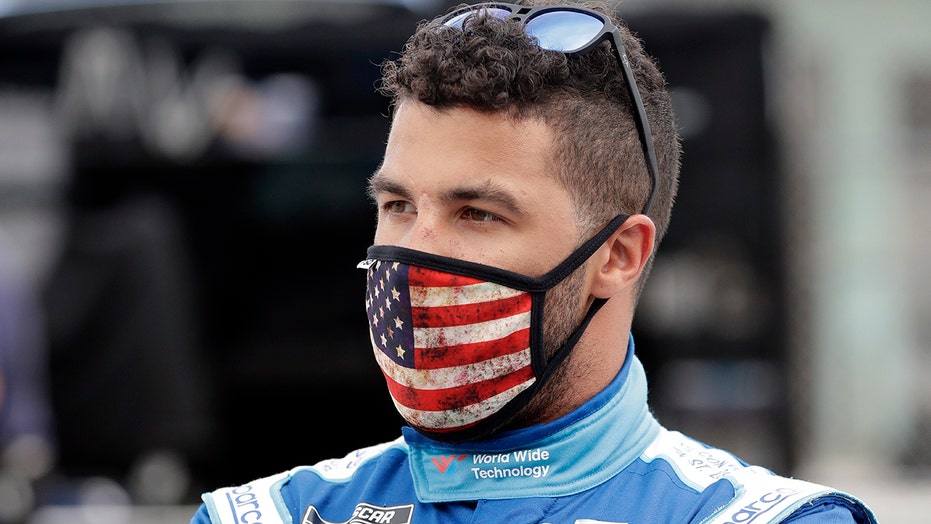 Noose was found hanging in driver Bubba Wallace's garage stall. Wallace is the only black driver in the NASCAR Cup Series.

NASCAR president Steve Phelps said there are not a lot of answers yet in regard to an investigation into a noose that was left in driver Bubba Wallace’s garage at the Talladega Superspeedway on Sunday.

Wallace is the only African-American driver in the NASCAR Cup Series and has become the focal point of the sport’s response to the Black Lives Matter movement and has helped lead an effort to have displays of the Confederate flag banned from its events.

On a conference call with media on Monday ahead of the Geico 500, which was postponed a day due to weather, Phelps wouldn’t share many details of the ongoing investigation, including what video evidence of the scene might exist, but laid out a timeline of what happened around the discovery. He said a crewmember found the noose and notified NASCAR officials who got internal security involved. After a meeting of NASCAR leadership, an investigation was launched with the Talladega County Sheriff before the FBI was notified on Monday morning.

Phelps said the FBI is on site and that NASCAR is using all resources available to it to determine who was behind the “heinous act,” with plans to ban them from the sport for life.

“I don’t care who they are, they won’t be here,” Phelps said.

Denying the unfounded allegation that has been spreading on social media that NASCAR had staged the incident for publicity, Phelps said it “personally offends me,” and that “I don’t even know where to go with that.”

The garage area was in an area only accessible to essential personnel and Phelps said security was significant, but that he couldn’t speculate about the possibility that it had been breached.

He also confirmed that security has been stepped up in the wake of the incident and that Wallace’s Richard Petty Motorsports team have been able to inspect his car for any possible sabotage.

Team owner Richard Petty issued a statement on Monday stating that he was "enraged" by the "filthy act."