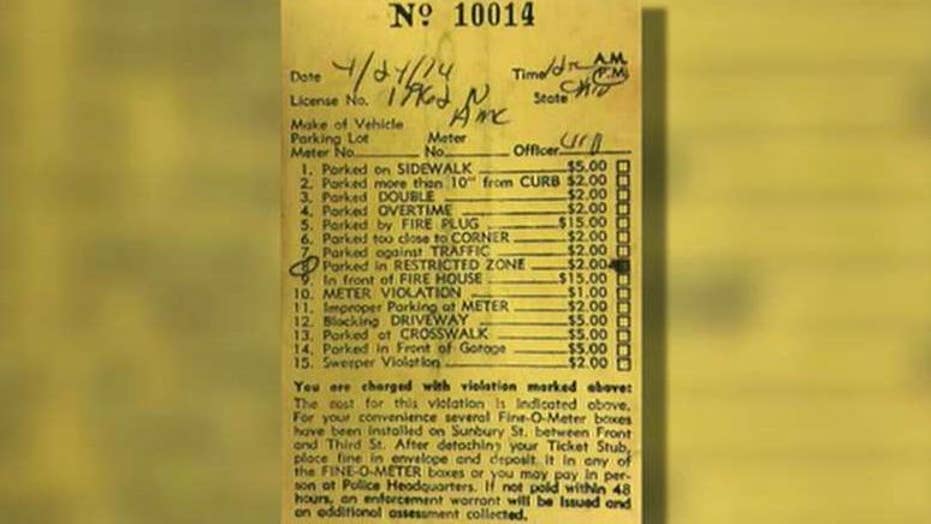 A mystery motorist recently proved it was better late than never to pay a decades-old parking ticket in Pennsylvania.

Minersville's Police Chief Michael Combs told WNEP on Friday he received a letter in the mail last week that contained payment for a parking ticket from 1974.

"It's addressed, of course, to the police department, with the return address of, "Feeling guilty, Wayward Road, Anytown, Ca.," Combs said.

Included in the letter was the parking ticket from the town located about 50 miles northeast of Harrisburg, $5 and a note. Since the ticket was from the 1970's, the fine was only for $2. Combs told WNEP the driver took the liberty to add interest.

COUPLE GETS 'PARKING TICKET' AT THEIR OWN WEDDING

On the note, the driver wrote he has been carrying the ticket for "40-plus years."

"Always intending to pay. Forgive me if I don't give you my info. With respect, Dave," the note reads.

The chief said the ticket was originally written for a car with Ohio plates, but the department didn’t have the technology at the time, according to WNEP. The chief said he wants to find the person who finally paid the ticket, and that it serves a lesson to others.

"We do appreciate that this individual paid their ticket, and again, we encourage other individuals, if you have an outstanding ticket, please pay them," he told WNEP.