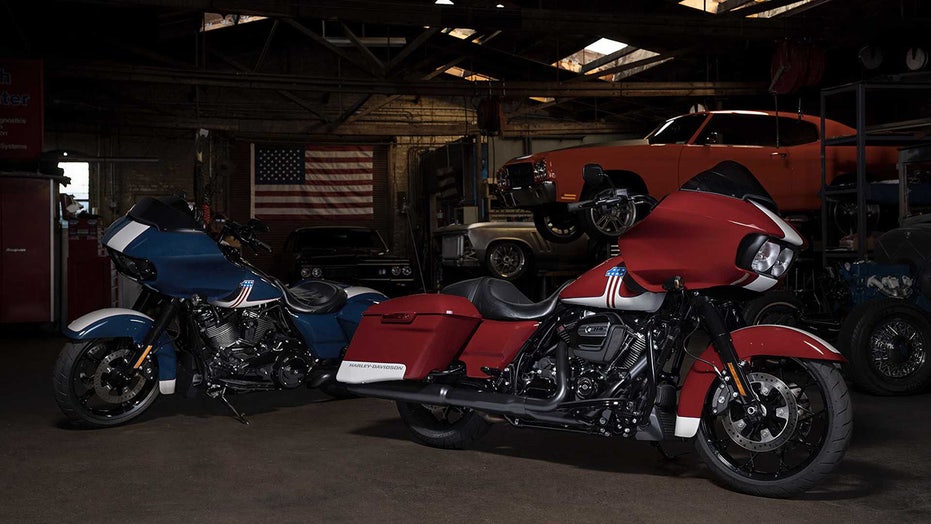 Harley-Davidson may be charging toward an electric future with its battery-powered Livewire, but it hasn’t forgotten its heritage.

One of The Motor Company’s latest models is a special edition of the Road Glide touring bike that features the brand’s historic, red white and blue No. 1 logo. According to Harley-Davidson, the logo was originally designed to celebrate the 1969 AMA Grand National Championship for flat track racing and later adopted the stars and stripes motif.

The 1971 FX Super Glide was the first H-D to feature the logo. (Harley-Davidson)

It became a big part of the company’s brand image in the 1970s, appearing on several bikes and accessories. It’s being offered on the Milwaukee-Eight 114 V-Twin-powered Road Glide with blue/white and red/white paint jobs.

According to Ride Apart, Harley-Davidson will build no more than 750 in each color at $29,699 each, which is $2,400 more than a base black Road Glide, as it comes off of a year when sales across the lineup declined 5.2 percent.