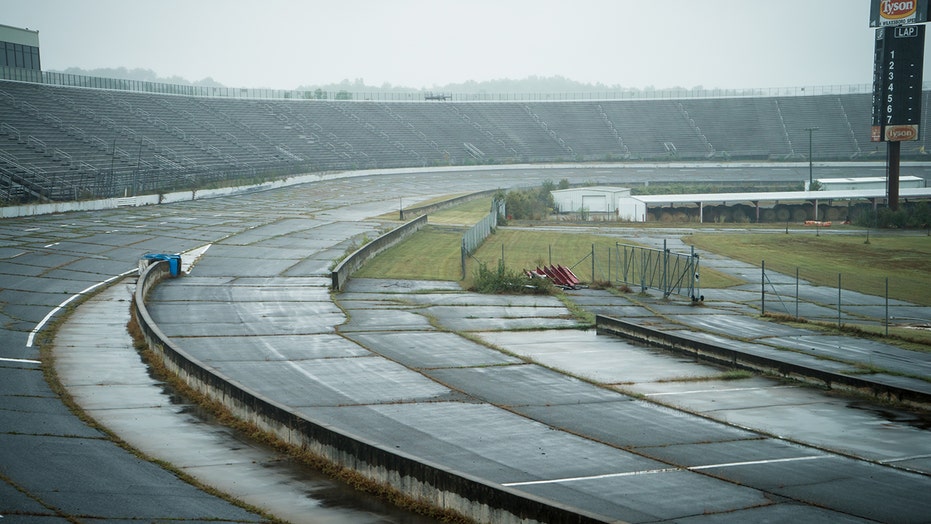 The NASCAR Cup series is returning North Wilkesboro Speedway for the first time since 1996 … in the virtual world.

A digital recreation of the legendary North Carolina "ghost track will be the venue for the final event in the eNASCAR iRacing Pro Invitational sim racing series that has been taking place during NASCAR’s real-world hiatus due to the coronavirus pandemic.

NASCAR is set to resume its on track schedule at Darlington Raceway in South Carolina without fans in attendance on May 17.

Last December, the iRacing team scanned the track, which opened in 1947 and has been closed to all racing since 2011. A crew from Bristol Motor speedway and a group of volunteers, including Dale Earnhardt Jr., helped clean off the track surface and trim the weeds growing out of its cracks.

Steve Meyers, iRacing’s Executive Vice President and Executive Producer, said the final product is an attempt to recreate the look and feel of the .625-mile oval and surrounding structures as they were in 1987.

Dale Jr. will be among the current and former NASCAR drivers taking place in the race, along with Jeff Gordon, who held off Dale Sr. to win the last NASCAR Cup event at the track in 1996. Gordon, now a Fox Sports analyst, will be driving a car painted in a version of the classic Rainbow Warrior livery featured that year.

The NASCAR North Wilkesboro 160 will be simulcast live on Fox, FS1 and the Fox Sports app Saturday, May 9 at 3 p.m. ET.