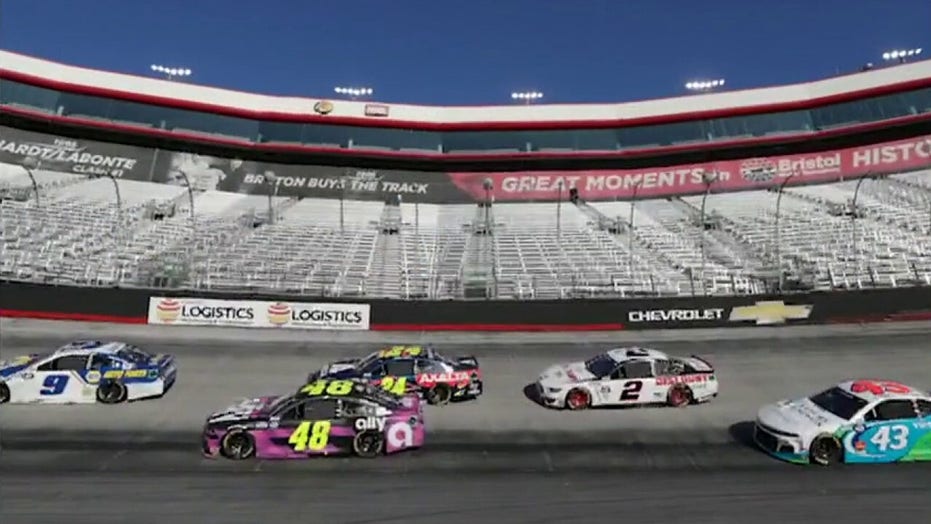 Thunderstorms Sunday forced NASCAR to postpone the Cup Series race at Talladega Superspeedway that was to mark the return of more fans to the track.

The race, which was pushed back to 2 p.m. CDT on Monday, is the first amid the coronavirus pandemic in which NASCAR opened the gates for up to 5,000 fans. Those in the grandstands were urged to seek shelter roughly 30 minutes before the scheduled start, leading to a two-plus hour wait.

The addition of fans and the ban of Confederate flags weren't the only changes set to be on display in the race.

NASCAR implemented new rules in response to Ryan Newman's harrowing accident when racing for the win on the final lap at Daytona in February.

The changes include the elimination of aero ducts at superspeedway tracks, a reduction in size of throttle body and requiring slip tape to be applied along the entire length of the lower rearward facing surfaces of the rear bumper cover.

Teams headed to Talladega without any practical knowledge of their effect. Then there's the still-minimal but increased fan presence. 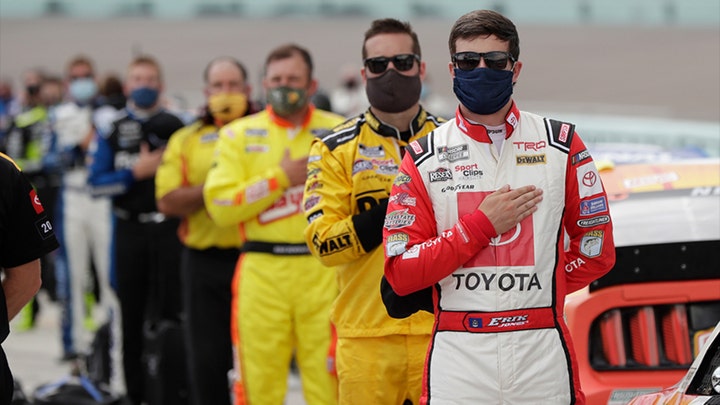 NASCAR has banned the Confederate flag from being displayed at its events but supporters of the symbol still managed to be seen Sunday. Vehicles lined the boulevard outside the speedway waving the flag and a plane flew above the track pulling a banner of the Confederate flag that said, "Defund NASCAR."

NASCAR has not stated how exactly it plans to stop fans from displaying the flag on track property and none of the instances Sunday at Talladega were inside the facility.

WHO HAS WON THE MOST NASCAR CUP SERIES RACES AT TALLADEGA SUPERSPEEDWAY?

Denny Hamlin and Joe Gibbs Racing were set to run with an all-black paint scheme honoring the National Civil Rights Museum, with the museum's logo on the hood. Sponsor FedEx won't be displayed on the car.

The flag ban is another statement for NASCAR. 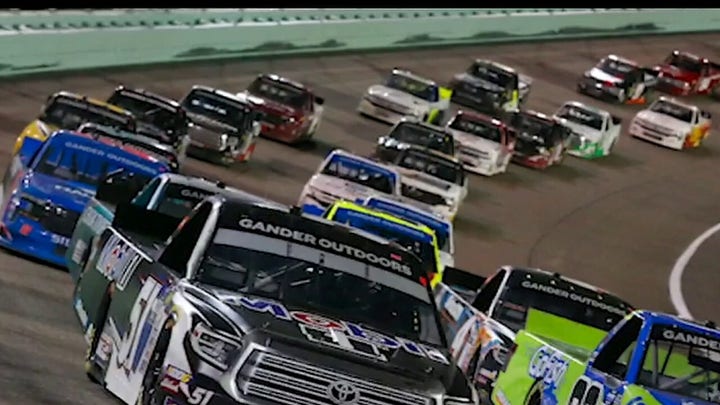 Fan David Radvansky, who started coming to Talladega in the 1990s when his father parked cars at races, was among fans applauding NASCAR's decision to ban the Confederate flags.

"I don't think there's a place for it in NASCAR, to be honest with you," the 32-year-old said. "That doesn't sit well with all the good ole boys but it is what it is."

But the Confederate flags were still selling at Ed Sugg's merchandise tent across from the track.

"They're doing very well," said the Helena, Alabama, resident, who has been selling an array of wares at NASCAR races for 21 years. "People are disappointed that NASCAR has taken that stance. It's been around for as long as all of us have been. I don't think anybody really connects it to any kind of racism or anything. It's just a Southern thing. It's transparent. It's just a heritage thing."