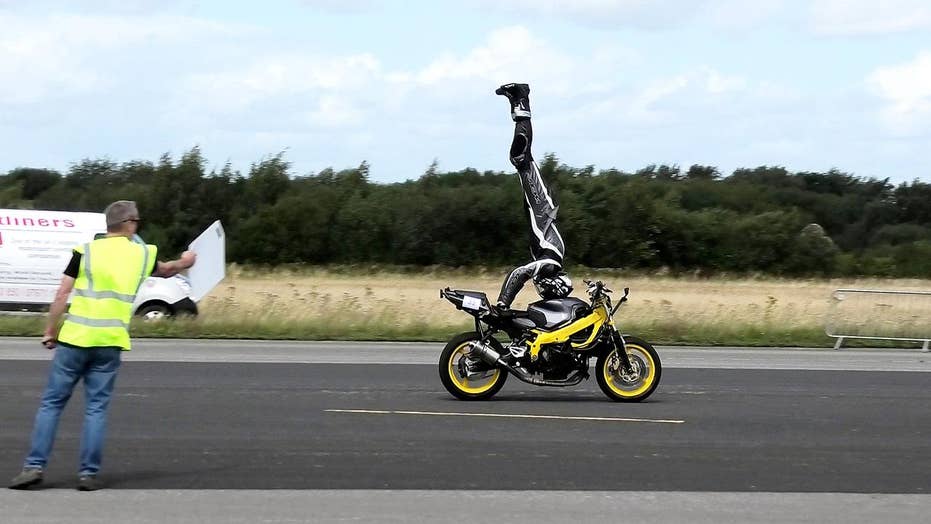 And he wasn’t even looking where he was going.

Stunt rider Marco George set the unofficial world record for fastest headstand on a motorcycle on Saturday when he hit 76 mph on an airstrip in England.

The 30-year-old more than doubled the existing mark and surprised himself with the speed.

"I don’t know what happened, I just clicked into the next gear of what I normally do and managed to pull a 76. I feel amazing and relieved,” he told ITV. The feat was submitted to Guinness World Records for certification.

George hit 68 mph during his first run of the day at the Straightliners World’s Fastest Wheelie competition and was encouraged by the event’s organizer to go for 70 mph, because that’s the highest speed limit in the country.

He said his core strength probably couldn’t handle much more, but had an even more important reason to not attempt going any faster.

“I promised my mum that if I hit 70 I’d call it a day, so I have to honor my promise to my mum because she’s not too happy with watching this.”