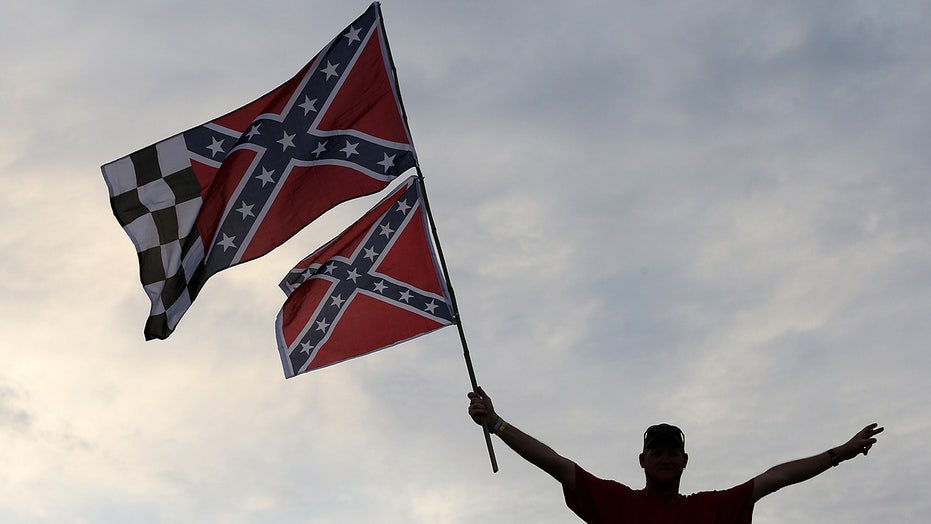 Bubba Wallace said he wasn’t surprised by NASCAR’s decision to ban Confederate flags from its events.

The Cup Series driver told Today he’d been in conversations with series executives for days before he publicly called for the sport to enact a ban this week during an interview on CNN.

“I’ve seen too many comments, too many stories from a fan, or first-time fans that have come to a race in years past and the first thing they say is, ‘I seen the Confederate flag flying, it made me feel uncomfortable,’” Wallace said on the show.

NASCAR has not yet detailed how it plans to enforce the policy, but Wallace is confident the officials will institute strict measures. If not, he'll be talking to them again. The series considered banning fans from flying the flag in 2015 following the Charleston church shooting in 2015, but left it up to the individual tracks to address.

Wallace, the only African American driver in NASCAR’s top series, said he and his colleagues understand that for many, the flag is about heritage hot hate, and they aren’t trying to tell anyone what to do in their personal life, but he wants all fans at the track to feel included.

“They should be able to live life to the fullest with nothing holding them back. And if the flag’s holding them back then, then let’s just take it down for the sporting event. We’re not saying get it rid of your life completely,” Wallace said.

Among those reacting negatively to the NASCAR edict was part-time Truck Series driver Ray Ciccarelli, who posted to Facebook that he was quitting the series and selling his team, writing: “I could care less about the Confederate Flag, but there are ppl that do and it doesn’t make them a racist all you are doing is (expletive) one group to cater to another and i ain’t spend the money we are to participate in any political BS!!

Wallace said he was baffled by the comment and said Ciccarelli had solidified his career.

“I would encourage NASCAR to really step up and look at that if he ever tries to reinstate,” he said.

NASCAR has not commented on Ciccarelli's statement.