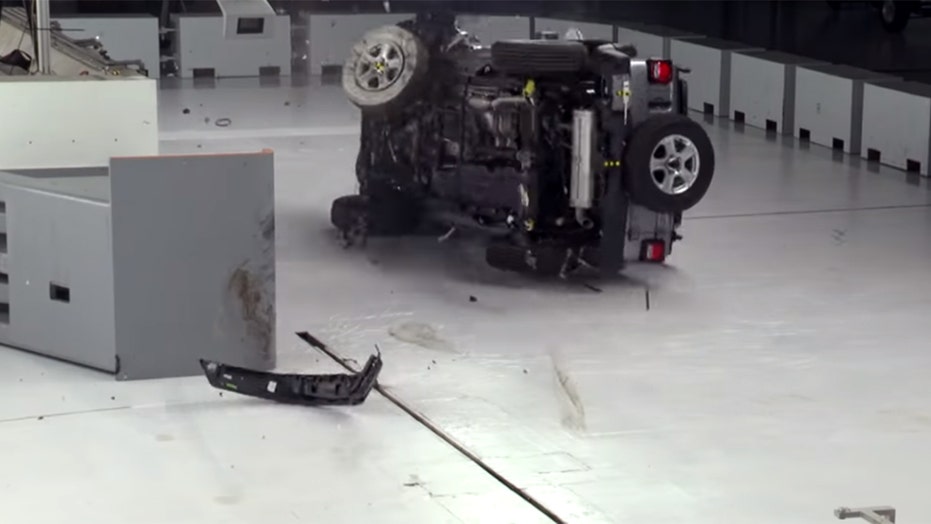 The latest-generation Jeep Wrangler has become the first vehicle to tip over during the benchmark IIHS driver-side small overlap front crash test.

The test is designed to evaluate how well a vehicle protects the driver when struck in the front at an oblique angle.

Video shows the four-door model striking the test barrier and tipping over as it continues past it. Most vehicles stop their forward progress and rotate to the side while remaining upright during the test.

The IIHS said it tested the 2019 Wrangler twice with the same result, but it did not happen during and independently conducted test that Jeep had previously submitted.

THESE ARE THE SAFEST CARS YOU CAN BUY IN 2020

The Wrangler would’ve received a top rating had it not rolled onto its side, but it was downgraded to marginal as a result, contributing to an overall marginal rating across the battery of IIHS crash tests.

IIHS noted that rollovers are “especially dangerous crashes” that could lead to partial passenger ejection and that the Wrangler’s lack of side curtain airbags, due to its removable roof, made its performance a “particular concern.”

Jeep has not yet commented on the IIHS report.