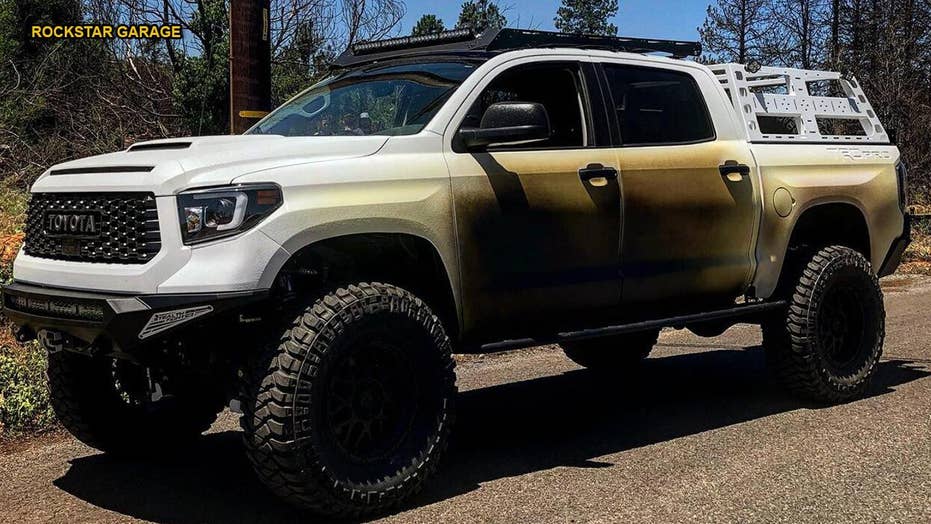 The Camp Fire devastated Paradise, California last year and one local, Nurse Allyn Pierce, who was hailed a hero for helping to evacuate a hospital in the area, is being honored with a new truck, made up to look like the one he credits with saving his life. A white Toyota Tundra pickup, was given a two-tone look, that makes it resemble a Panda, to emulate the scorch marks on his original truck,made by the flames as he drove people to safety.

Nurse Allyn Pierce was hailed a hero last year for helping people evacuate a hospital in Paradise, Calif., that was in the middle of the devastating Camp Fire, but he said he owed his own life to the “Pandra”.

The Pandra became a symbol for the bravery of relief workers during the Camp Fire. (Pierce family GoFundMe)

That would be his white Toyota Tundra pickup, in which he drove himself and others through the flames as they melted parts and scorched the paint, giving it a two-tone look that made it resemble a Panda.

When Toyota heard Pierce’s story, which included the loss of his home, it decided to step up and honor his efforts with a brand new white Tundra TRD Pro that was featured in a campaign to raise money for relief efforts. But it’s not white anymore.

Rockstar garage arranged to get the pristine pickup a molten makeover. Motor1 reported that they sent it to Team+ Bullet Liner in Murrieta, Calif., to have it sprayed in white bed liner for a rough surface, then created a burnt look using a special dark brown candy color paint.

Along with the new finish, the truck now rides on 40-inch tires and is equipped with plenty of off-road gear that makes it tower of the original, which still runs and looks just like it did the day it drove through the fire.