Ford has released the first image of its upcoming “Mustang-inspired” electric SUV.

The rendering only shows the back of the vehicle, but reveals its Mustang-style three bar taillights and sloping coupe-like roof. Wide fenders speak to the expected performance orientation of the car, which Ford has called Mach 1.

That name may not be used on the production vehicle, which is scheduled to debut in 2020 with a range of 300 miles per charge.

The SUV is being developed by Ford’s new Team Edison division and  backed by a $16 billion development. It aims to launch 16 fully electric models globally by 2022. 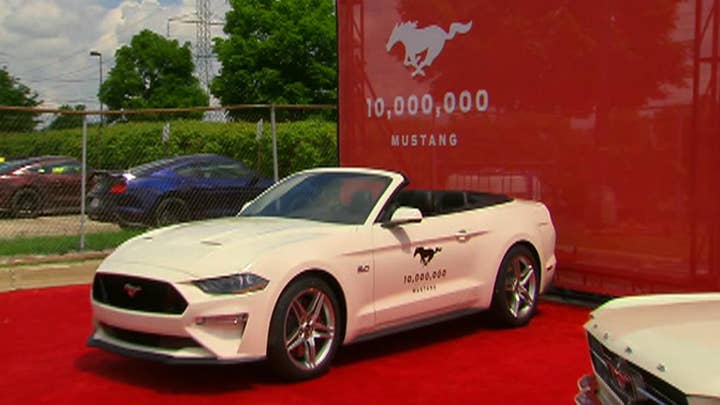