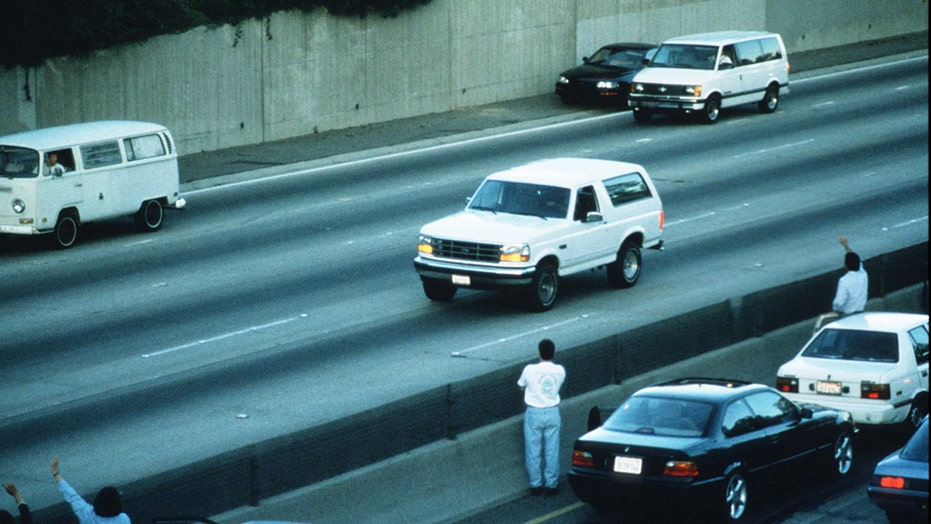 Simpson says he has some 'getting even to do'; reaction and analysis on 'The Five.'

Ford has decided to move the upcoming reveal of its new Bronco SUV due to concerns that it was scheduled for O.J. Simpson’s birthday on July 9.

Simpson was riding in the back of a white Bronco driven by friend Al Cowlings while being pursued by police on live TV after the stabbing deaths of his ex wife, Nicole Brown Simpson, and Ron Goldman in 1994.

Ford said in a statement Friday, “We are sensitive and respectful to some concerns raised previously about the date, which was purely coincidental." The SUV will now be revealed on July 13.

Brown Simpson’s sister Tanya Brown told the Detroit Free Press this week, “My first reaction was, ‘Are you kidding me? This is funny?’”

UAW Local 862 president Tony Dunn told the paper that several members had concerns about the day’s link to domestic violence.

"If we need to continue the launch that day, we need to turn it into a positive, get behind a public service message and support domestic violence programs," he said.

The 2021 Bronco is scheduled to go on sale early next year, 25 years after production of the last generation ended in 1996.