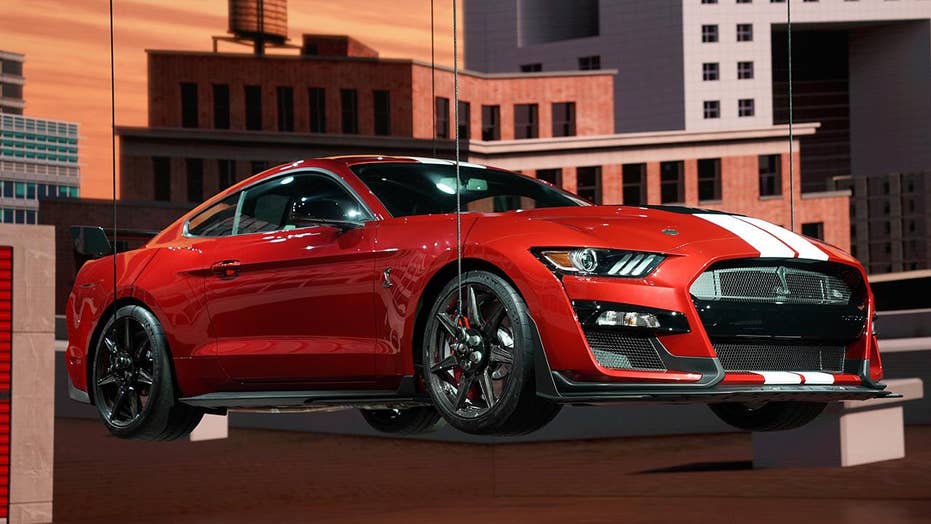 The 2020 Ford Mustang Shelby GT500 is set to be the most powerful factory Ford ever when it goes on sale later this year with 760 hp, but you don’t have to wait that long to get a very potent pony.

Brown Lee Ford in Morrisson, Tenn., has designed a custom Mustang GT with an 808 hp V8. The dealer specializes in high performance models and is offering a 119-car run of its creation, which wears an officially-licensed Gulf paint job as homage to Ford’s 1969 24 Hours of Le Mans-winning car. The iconic blue and orange color combination has been used on special edition sports cars before, but rarely with the authentic Gulf logo.

The Gulf Heritage Mustang features a 3.0-liter supercharger and intercooler to boost the power of its 5.0-liter V8, a choice of retuned suspensions for sharper handling, carbon fiber body extensions to improve aerodynamics and add visual menace, plus a set of Brembo brakes with massive 15.1-inch rotors to stop it all on a dime.

You’ll need more than a few dimes to buy one, because the car starts at $139,995. It’s available with either a 6-speed manual or 10-speed automatic transmission, and Brown Lee says it can cover a quarter-mile in just 10.7 seconds.

Car #001 will be making its debut at the Pebble Beach Concours d’Elegance on August 18, but the order book for the rest of them is already open.