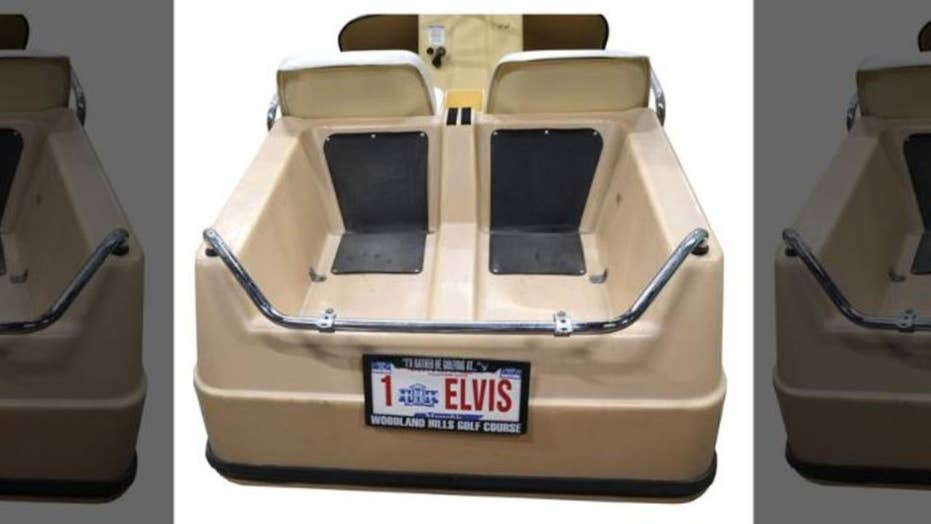 One of Elvis Presley’s vehicles did not stir up much excitement at an auction. The King’s estate failed to secure a buyer for a golf cart he used it to get around his Graceland estate in Memphis. The cart was estimated to sell for $60,000 to $70,000, but no one placed the minimum bid of $20,000.

A Harley-Davidson golf cart owned by the King failed to sell during an auction held on his birthday, Jan. 8.

Elvis didn’t hit the links in the three-wheel cart but used it to get around his 14-acre Graceland estate in Memphis.

According to its documentation, the star paid $1,055.38 for the beige and white cart, which is powered by a 245cc two-stroke engine that currently doesn’t run, and the vehicle remains all-original, save for the golf bag holder, which was removed.

Several other items pulled in big bucks, however, including an alpaca vest once worn by Elvis that sold for $42,500 and a monogrammed gold bracelet that attracted a high bid of $30,000.

Those figures pale in comparison to what one of Elvis’ other Harley-Davidsons went for last year. The 1976 FLH 1200 Electra Glide was purchased just three months before he died and sold for $800,000 at an auction in September, which is the third-highest price ever paid for a motorcycle.