I’ve been looking for it for the past 15 years!

Eight cars that have been sitting in a defunct automated parking garage since 2003 will be preserved by construction crews currently tearing it down, as the mystery of how they got stuck there continues.

The cars are located on high floors and can be seen from adjacent buildings. (SWNS)

The Autosafe SkyPark in Edinburgh, Scotland, was a technological marvel when it opened in 2001, but the company running it went broke just two years later. When the façade of the building was recently removed to prep for its demolition, the stranded cars were revealed.

All these years, no one ever came to claim them, but a man who worked at the facility claims to know why. Ronnie Meredith told the BBC that the company purchased a few wrecks to test the facility, and they never got rid of them.

When the garage was operational, elevators would find an open space and autonomously park the car. (SWNS)

The current owners of the property say they can’t confirm where the cars are from, however, but that they belong to the demolition company now and will be removed.

NEW BMW CAN BE PARKED VIA REMOTE CONTROL: 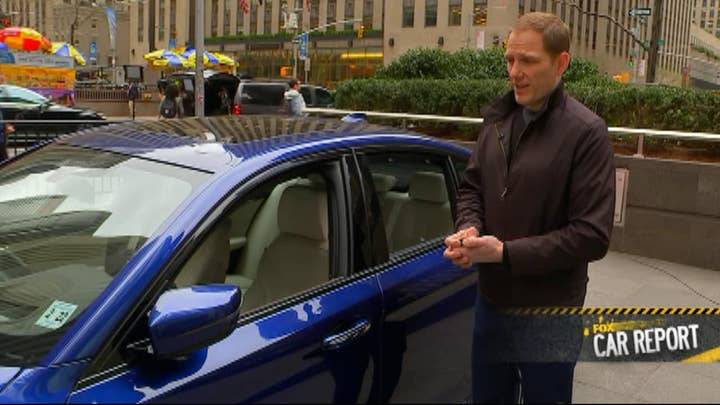