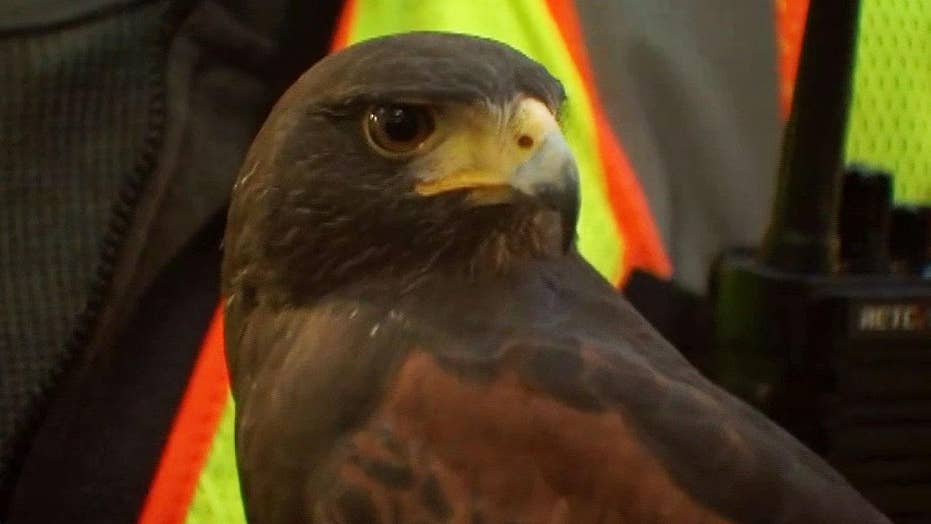 Some 15,000 like to roost together in trees in downtown Portland, creating a mess on cars, sidewalks, handrails and just about everything else.

A criminal crow has been causing trouble for car owners in a small U.K. city.

The fine-feathered fiend, nicknamed George, has a penchant for plucking the windshield wipers off vehicles parked in a lot outside the headquarters for a community housing authority and flying away with them, SWNS reports.

The employees have been forced to take preventative measures to keep their cars intact, including covering the wipers with blankets and tarps while they’re parked in the lot in Braintree, a town where it rains approximately 116 days each year.

"He has attacked about 20 cars and, even though we have tried to shoo him away, he will come back as soon as your back is turned,” one staff member told the BBC.

George is a suspect in a similar crime spree in another nearby lot, but he’s not the only crow that does this sort of thing.

University of Washington wildlife science professor John Marzluff told The Globe and Mail that crows often pick at windshield wipers and rubber seals around windows. They could be looking for food, the way they poke around inside a dead animal, or simply enjoy the feel of the rubber.

As for George, an employee told SWNS that "at the moment, we’re just 'winging it' with all these attempts at solutions, and I’m hoping for some suggestions of something more substantial that we could do.”

A couple of plastic owls have been installed on a roof near the lot an effort to scare him away, but Marzluff said that approach doesn’t usually work with crows because they don’t make any association between the figures and the cars.

What does work is making the crow think the cars are dangerous, either by putting a phony owl on top of a car with some black feathers scattered around it, or going all-in with an actual dead crow carcass. He said some people even keep a frozen one handy to reuse.