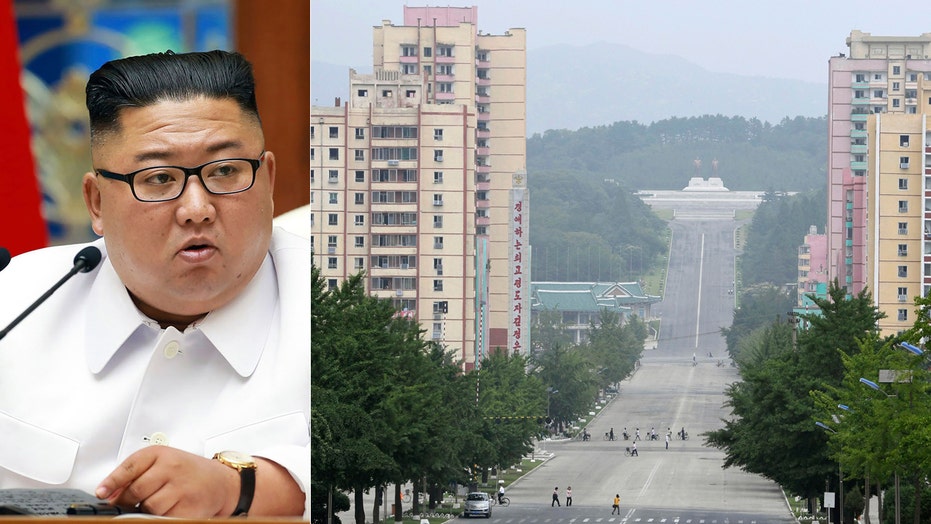 After claiming for months that North Korea has no coronavirus cases, dictator Kim Jong Un placed a border city on lockdown after a person was discovered with suspected symptoms, state media reported Sunday.

North Korea's Central News Agency said Kaesong near the border with South Korea has been shut down after Kim believed the "vicious virus" may have entered the country.

Kim said he took “the preemptive measure of totally blocking Kaesong City and isolating each district and region from the other" on Friday afternoon, the state-run news agency said.

"In the past six months since the outbreak of infectious diseases, strong emergency measures have been taken on all fronts across the country," O said. "Despite the efforts, it appears that a dangerous crisis has occurred in which the virus may have entered our borders."

North Korea said respiratory secretion and blood tests showed the person “is suspected to have been infected” with the coronavirus and has since been quarantined.

People who had been in contact with the patient and those who have been in Kaesong in the last five days were also quarantined.

NK News, an organization that tracks North Korean state-run media, said the person crossed the border on July 19. At a meeting on July 24, top North Korean leadership shifted to a “maximum emergency system” and agreed to put out a “top-class alert.”

If the person is officially declared a coronavirus patient, he or she would be North Korea’s first confirmed case. As the coronavirus has spread globally and shut down various countries this year, North Korea has steadfastly said it has had no cases of the virus, a claim questioned by outside experts.

"It's impossible for North Korea not to have a single case of coronavirus," Jung H. Pak, a former CIA analyst on North Korea, told Fox News in March.

People wearing face masks to help protect against the spread of the new coronavirus walk by a map of two Koreas showing North Korea's capital Pyongyang and South Korea's capital Seoul at the Imjingak Pavilion in Paju, near the border with North Korea, Sunday, July 26, 2020. (AP Photo/Ahn Young-joon)

The Hermit Kingdom has repeatedly said there hasn’t been a single case on its soil but implemented social distancing measures back in April. North Korea also received $900,000 from the World Health Organization in the spring to fight the virus.

In late March, the Japanese daily Yomiuri Shimbun reported more than 100 North Korean soldiers who were stationed at the border with China died from the virus. The South Korean newspaper Chosun Ilbo also claimed that Kim was spending "considerable time" away from the capital of Pyongyang due to the virus. 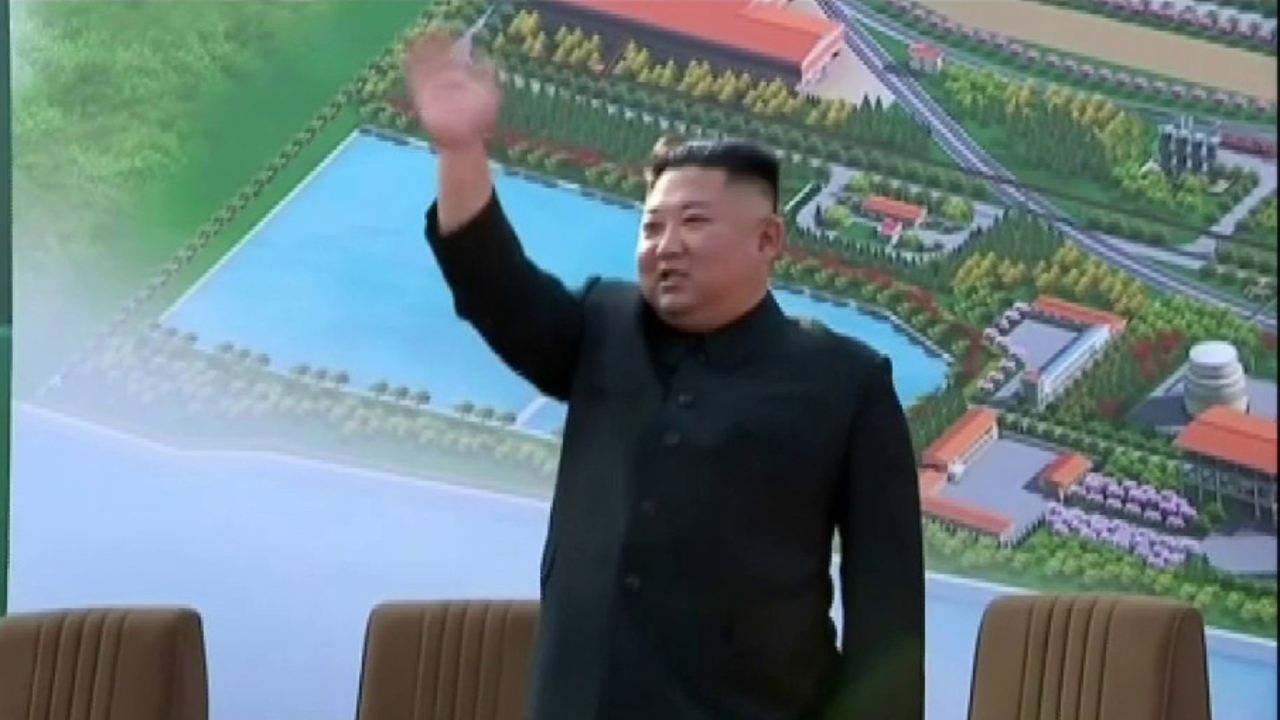 Describing its anti-virus efforts as a “matter of national existence,” North Korea earlier this year shut down nearly all cross-border traffic, banned foreign tourists and mobilized health workers to quarantine anyone with symptoms.

After Kim Jong Un disappeared from public view for weeks in the spring before reemerging, reports also circulated he was concerned about the virus.

The Kaesong lockdown, however, is the first known measure taken in a North Korean city to stem the pandemic.

Kaesong, with an estimated population of 200,000, is located just north of the heavily fortified border with South Korea. It once hosted the Koreas’ jointly run industrial complex, which has been shuttered since 2016 amid nuclear tensions.

Last month, North Korea blew up an inter-Korean liaison office in Kaesong to protest a campaign by South Korean activists who have been sending anti-Pyongyang leaflets across the border.

One analyst said the announcement Sunday by North Korea was important for several reasons. 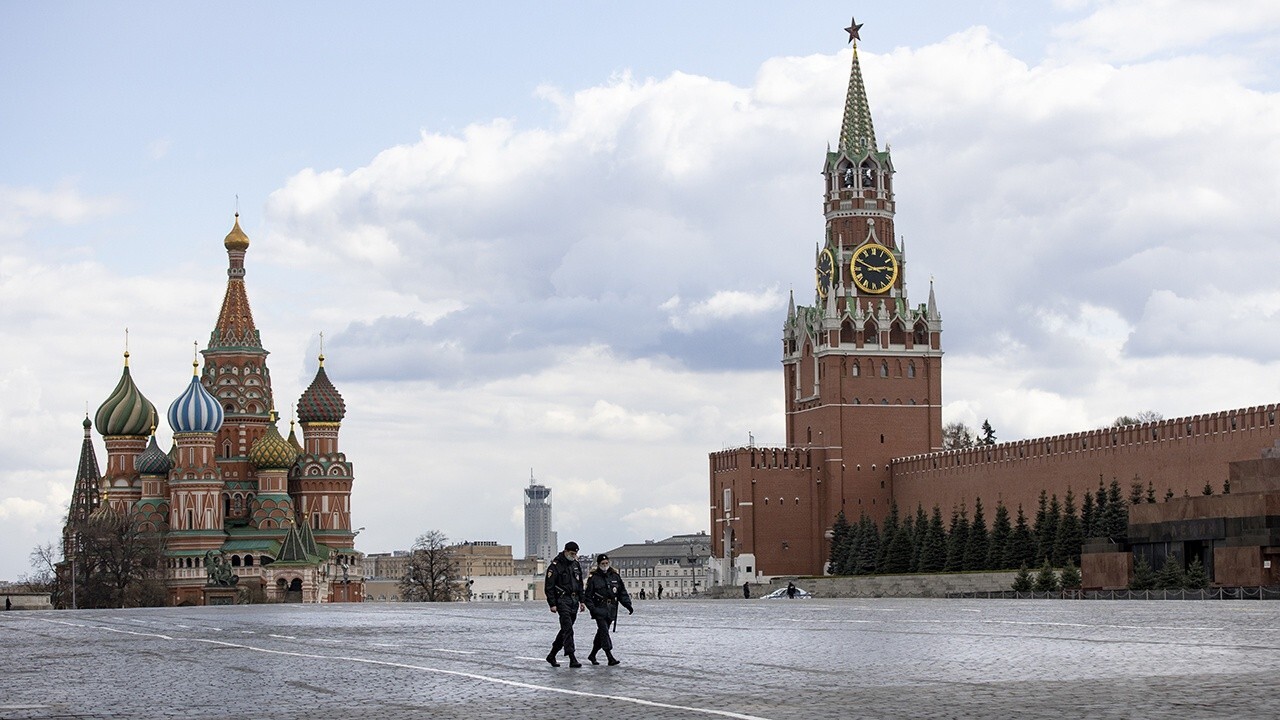 “It’s an ice-breaking moment for North Korea to admit a case,” Choo Jae-woo, a professor at Kyung Hee University in Seoul, told Reuters. “It could be reaching out to the world for help. Perhaps for humanitarian assistance.”

During an emergency Politburo meeting Saturday, state media said Kim criticized the “loose guard performance” at the border area where the suspected patient crossed over.

Hand clean gels are displayed at the Imjingak Pavilion in Paju, near the border with North Korea, Sunday, July 26, 2020. (AP Photo/Ahn Young-joon)

Kim and other leaders were reportedly briefed on the results of an intensive investigation of a military unit responsible for the crossing and discussed administering “a severe punishment.”

More than 33,000 North Koreans have fled to South Korea over the past 20 years to avoid poverty and political suppression, mostly via China. But it is highly unusual for North Korean refugees to return, according to The Associated Press.

People wearing face masks to help protect against the spread of the new coronavirus pass by a notice about precautions against the coronavirus disease at the Imjingak Pavilion in Paju, near the border with North Korea, Sunday, July 26, 2020. (AP Photo/Ahn Young-joon)

South Korea's military told Yonhap that it appears likely that an individual crossed the border into North Korea, adding that authorities are investigating what route the person used.