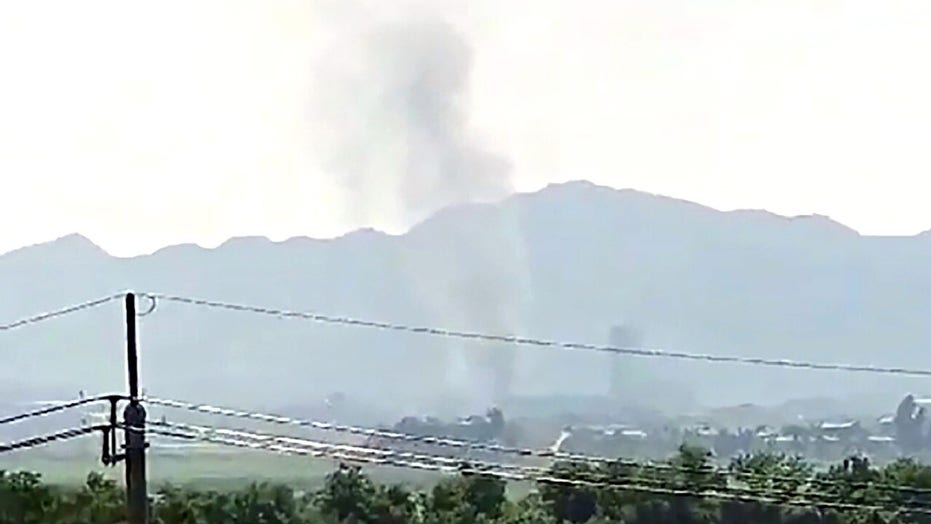 NK News, an organization that tracks North Korean state-run media, reported that the North's KCNA said the nation had cut off all communication between the two countries. North Korea had previously cut a key hotline with the South and had threatened to shut down all communication with its neighbor to the South.

"The north-south joint liaison office was completely ruined on Tuesday," the propaganda statement read. "The relevant field of the DPRK put into practice the measure of completely destroying the north-south joint liaison office in the Kaesong Industrial zone in the wake of cutting off all communication ties between the north and the south, corresponding to the mindset of the enraged people to surely force human scum and those, who have sheltered the scum, to pay dearly for their crimes."

North Korea had earlier threatened to demolish the building, blaming the South’s failure to stop activists from flying propaganda leaflets across the heavily militarized border, the AP reported.

Some experts believe North Korea is frustrated because Seoul is unable to resume joint economic projects due to U.S.-led sanctions.

The provocative move comes at a time of increased tensions between the two nations and stalled nuclear negotiations between North Korea and the United States, which at their high-points led to two peace summits and an in-person meeting between President Trump and Kim Jong Un in the Korean Demilitarized Zone (DMZ).

The North, still under harsh American sanctions, in recent days has lamented that it did not get substantial concessions out of the negotiations.

"The question is whether there will be a need to keep holding hands shaken in Singapore, as we see that there is nothing of factual improvement to be made in the DPRK-U.S. relations simply by maintaining personal relations between our supreme leadership and the U.S. president,"  Foreign Minister Ri Son Gwon said in comments published Friday in state media. “Never again will we provide the U.S. chief executive with another package to be used for (political) achievements without receiving any returns."

President Trump, left, meets with North Korean leader Kim Jong Un at the North Korean side of the border at the village of Panmunjom in Demilitarized Zone on June 30, 2019.<br> (AP Photo/Susan Walsh, File)

The South Korean Ministry of Unification released a statement last week criticizing the activists who flew the leaflets across the border, saying it damaged relations between the nations.

"The ROKG has decided to file a complaint against ‘Fighters for a Free North Korea’ ... and ‘Kuensaem’ ... for violating the Inter-Korean Exchange and Cooperation Act, and begin procedures to cancel their status as non-profit corporations," a June 10 statement read.

It continued: "The ROKG judged that the two groups violated the inbound and outbound regulations of the Inter-Korean Exchange and Cooperation Act by flying leaflets and releasing plastic bottles toward North Korea. Such activities, directly going against agreements reached by the leaders of the two Koreas, are considered by the Government to have harmed public interests by creating tensions between the South and the North and posing a risk to the lives and safety of residents living in the border area."

South Korea's Blue House, in a press briefing, said that North Korea is "entirely" responsible for the provocation, and its defense ministry said it would take a "strong" stance in response, according to the Korean-language JTBC News.

On Saturday night, Kim Yo Jong, the influential sister of North Korea's leader, warned that Seoul will soon witness "a tragic scene of the useless North-South liaison office (in North Korea) being completely collapsed." She also said she would leave to North Korea's military the right to take the next step of retaliation against South Korea.

"We're taking the situation seriously," South Korea's Defense Ministry spokeswoman Choi Hyun-soo told a briefing, according to Reuters. "Our military is maintaining readiness posture to be able to respond to any situation."