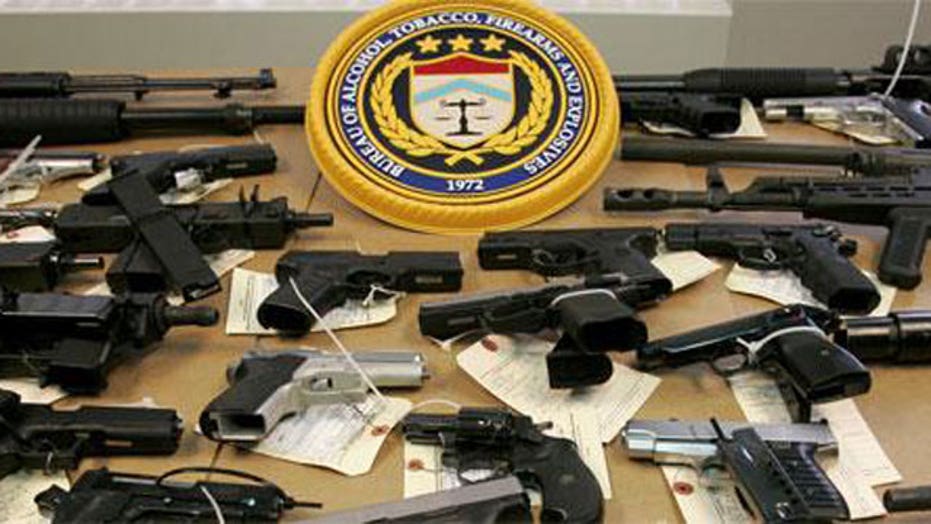 When will someone be held accountable for failed gun-running operation?

A gun from the failed "Fast and Furious" operation has turned up after a shootout at a Mexican resort last month, Fox News confirms.

The gunfight took place between authorities and suspected cartel gunmen at a seaside Mexican resort on Dec. 18 in Puerto Peñasco.

The gun was found and traced through the owner of the Lone Wolf gun store -- the man at the center of the "Furious" scandal for selling most of the weapons in cooperation with the Bureau of Alcohol, Tobacco, Firearms and Explosives.

Fast and Furious was a 2006-2011 ATF operation in which the agency allowed hundreds of guns to be sold to Mexican drug traffickers in hopes the weapons would lead them to cartel leaders.

However, some of the guns began turning up at murder scenes along the Arizona-Mexico border, including at the 2010 killing of U.S. Border Patrol agent Brian Terry. And hundreds of other weapons still remain missing.

Witnesses told CNN that gunfire, as well as grenade explosions, took place for hours and Mexican authorities used helicopters to attack cartel gunmen on the ground.

"ATF has accepted responsibility for the mistakes made in the Fast and Furious investigation and at the attorney general's direction we have taken appropriate and decisive action to ensure that these errors will not be repeated," ATF said in a statement. "And we acknowledge that, regrettably, firearms related to the Fast and Furious investigation will likely continue to be recovered at future crime scenes."