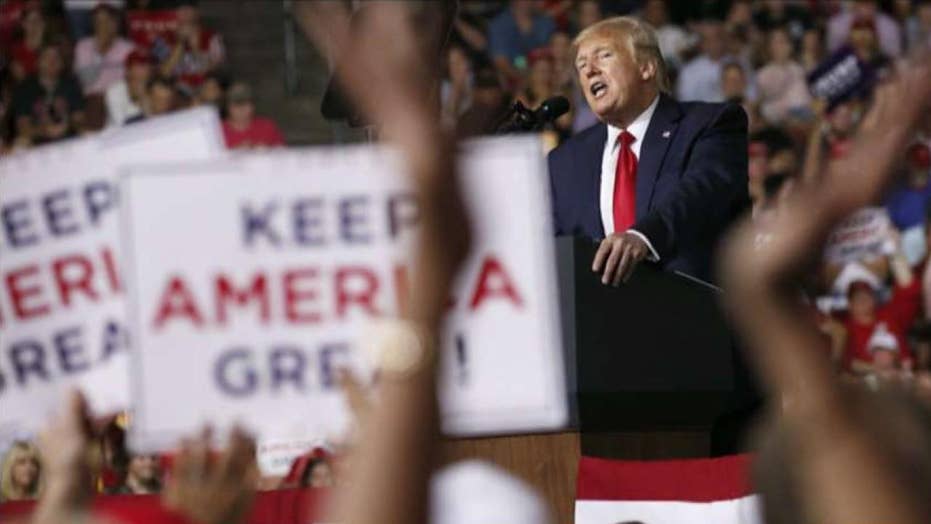 Trump creates community at his rallies: The Federalist senior editor

A group of Trump supporters on Wednesday was spotted carrying a World War II veteran to his seat before the president’s rally in Phoenix, Ariz., video shows.

A clip posted to Twitter shows two men, one donning a Trump hat, carrying the vet down a flight of stairs at the Arizona Veterans Memorial Coliseum.

The crowd can be heard chanting “USA! USA!” in the background.

DEMOCRACY 2020 DIGEST: BLOOMBERG WARS WITH BIDEN AHEAD OF DEBATE DEBUT

“Lots of teamwork here,” Fox 10’s Kari Lake wrote on Twitter. “These men carrying a World War II veteran to his seat. Got to admit I got a lump in my throat.”

Trump’s rally in Phoenix will mark the first of three consecutive rallies this week, with one planned in Colorado Springs on Thursday and another in Las Vegas on Friday.