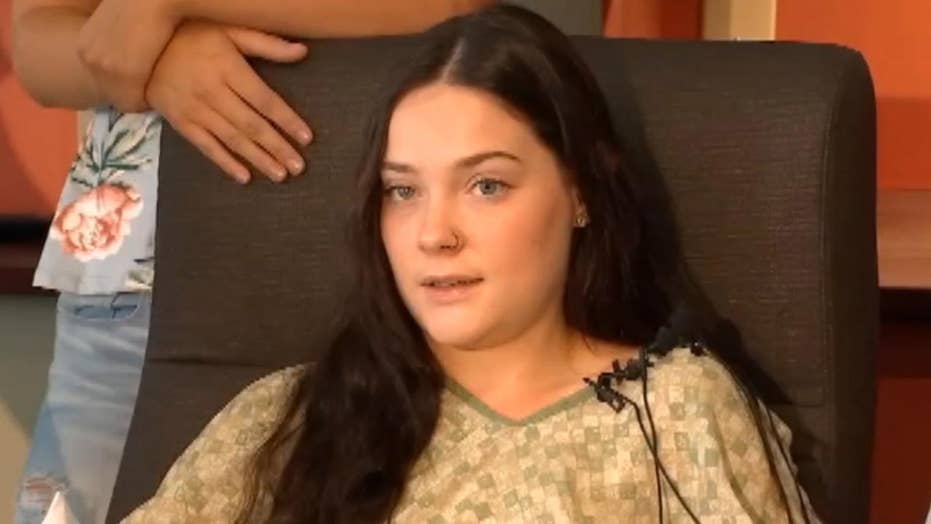 Teen pushed off bridge: 'I could have died'

16-year-old Jordan Holgerson says she's lucky to be alive after a woman pushed her off of a Clark County footbridge in Washington state.

A woman linked to a 16-year-old's 60-foot plunge off a Washington state bridge last week — resulting in serious injuries to the teen — is cooperating with investigators, authorities said Tuesday.

The woman has not yet been charged with a crime, FOX12 Oregon reported.

A video showed the teen, Jordan Holgerson, being pushed off a bridge near Moulton Falls in Vancouver, Wash., while having second thoughts about jumping into the Lewis River. The fall gave Holgerson five broken ribs and punctured both of her lungs after she belly-flopped into the water, the Columbian of Clark County, Wash., reported.

“In the air, I was trying to push myself forward so I could be straight up and down so that my feet hit first, but that didn’t really work,” she told FOX12. “In the air, I think I might have fainted, but when I hit the water, I was definitely awake and aware.”

Dr. MaryClare Sarff, a doctor at the hospital where Holgerson was treated, told the station that the teen was lucky to survive the 60-foot drop. She said people often don’t survive from 25-foot falls.

A trauma surgeon at the hospital said it may take months for the teen to recover, the Columbian reported.