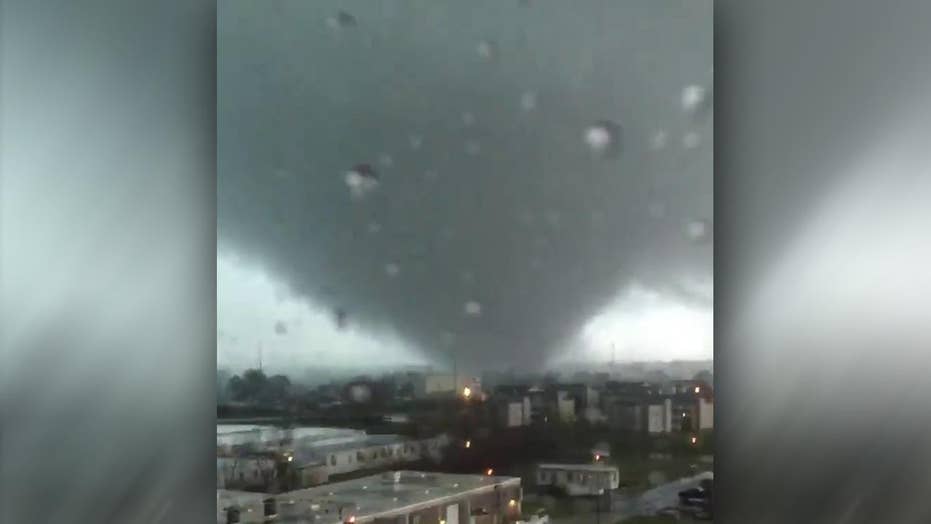 A Louisiana woman said Tuesday she held on to her 8-week-old child as a tornado ripped through an impound lot and tossed both of them through the air.

Amanda Stockfelt told Fox 8 Live brought her daughter to work at an impound lot near NASA’s Michoud Assembly Facility because she had to take her to the doctor’s office for a checkup.

Stockfelt said it was a normal day until she started to hear the sound of the tornado approaching. The woman said she buckled her daughter in her car seat and put her underneath her work desk. She then locked her arm around the handle of the seat and huddled underneath the desk with her daughter.

“We heard the trailer coming apart and then we flipped over backwards and then it's like the trailer exploded and me and the baby went flying through the air and I saw the sky, the inside of the vortex, I saw her and her car seat above my head and then we hit the ground,” Stockfelt told the station.

AT LEAST 7 TORNADOES TOUCH DOWN IN LOUISIANA, STATE OF EMERGENCY DECLARED

Stockfelt said all she could think about as she flew through the air was “don’t let go.”

At least seven tornadoes touched down in Louisiana Tuesday, causing major damage as a wave of severe thunderstorms swept through the region.

President Trump tweeted his condolences early Wednesday, saying “Our thoughts and prayers are with everyone in southeastern Louisiana affected by today's severe tornadoes.”

Louisiana Gov. John Bel Edwards said at least 20 people were injured statewide. He declared a state of emergency in the wake of the storms.