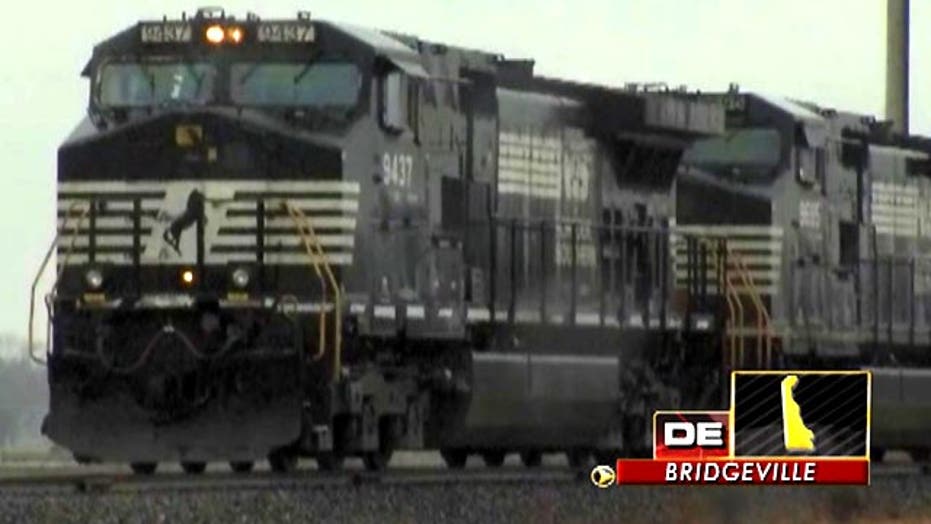 Across America: Train derails in Delaware

A South Korean woman was arrested after she became angry and slapped a Transportation Security Administration employee who tried to give her a pat-down at Orlando International Airport Wednesday, authorities said.

The Orlando Sentinel reports that Hyunjoo Kim, 39, allegedly became irate over being "patted down" during the screening process at a security check point and slapped a female TSA employee.

She reportedly became even angrier when agents informed her that her two bottles of lotion were too big to bring onto the airplane.

A copy of Kim's arrest report obtained by the Orlando Sentinel states that Kim allegedly "swung several times" at the employee and shoved her in the chest several times in an attempt to retrieve her bag.

Kim, who was charged with two counts of battery on transit agents, requested that South Korean government officials not be notified of her arrest, according to the Orlando Sentinel.