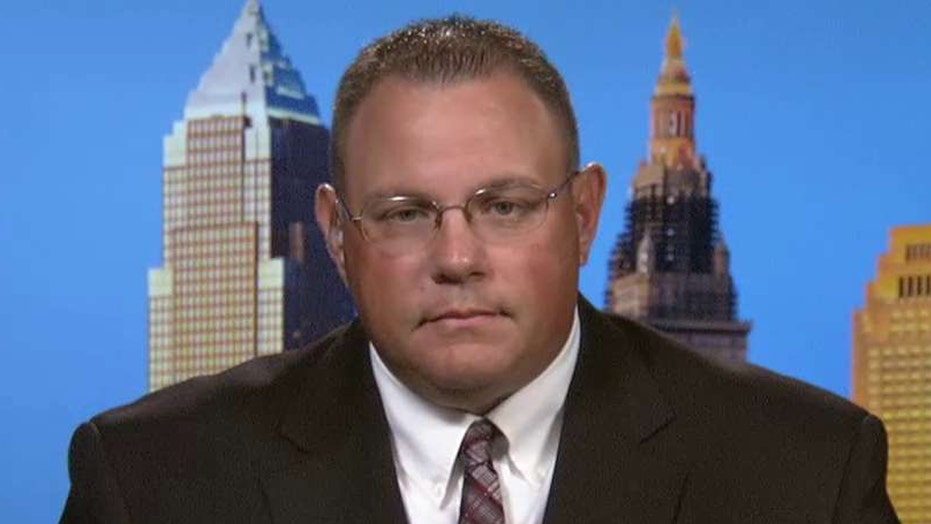 The 26-year-old gunman who killed fellow students at an Oregon community college spared a student and gave the “lucky one” something to deliver to authorities, according to the mother of a student who witnessed the rampage.

Parents of students in the classroom said the gunman shot one after saying she could save her life by begging. Others were killed after being told to crawl across the floor. Shooter Christopher Sean Harper-Mercer later killed himself as officers arrived to the school, Douglas County Sheriff John Hanlin said Saturday.

Though authorities haven’t disclosed whether they have a package or envelope from Harper-Mercer, a law enforcement official told The Associated Press a manifesto of several pages had been recovered.

Bonnie Schaan, the mother of 16-year-old Cheyanne Fitzgerald, said she was told by her daughter that the gunman gave an envelope to someone and told him to go to the corner of the classroom. Harper-Mercer allegedly said the person “Was going to be the lucky one,” Schaan told reporters outside a hospital where her daughter’s kidney was removed after she was shot.

Schaan isn’t the only parent or relative to have said that the killer gave someone a package to another student to hold on to.

Pastor Randy Scroggins, whose 18-year-old daughter Lacey escaped without physical injuries, said she told him that the gunman called to a student, saying: “Don’t worry, you’re the one who is going to survive.”

Janet Willis said her granddaughter Anastasia Boylan was wounded in the attack and pretended to be dead as Harper-Mercer kept unloading, killing eight students and a teacher.

Willis said she visited her 18-year-old granddaughter in a hospital in Eugene, where the sobbing Boylan told her: "'Grandma, he killed my teacher!'"

Boylan also said the shooter told one student in the writing class to stand in a corner, handed him a package and told him to deliver it to authorities, Willis said.

The law enforcement official who disclosed the existence of the manifesto to the Associated Press, didn’t disclose its contents but described it as an effort to leave a message for law enforcement. The official is familiar with the investigation but was not authorized to disclose information and spoke on the condition of anonymity.

The official said the document was left at the scene of the shooting but wouldn't specify how authorities obtained it.

Authorities said in a press conference Saturday that Harper-Mercer committed suicide after an exchange of gunfire with officers in Thursday’s shooting.

Hanlin said officers responded immediately to a report of shots being fired on the campus. He said two Roseburg police department officers arrived within five minutes and were joined by an Oregon state trooper.

He said two minutes later the officers told the dispatcher they had engaged the shooter.

The sheriff said two minutes after that “the dispatcher reports the shooter is down.”

The officers exchanged gunfire with the shooter who was “neutralized at that time,” Hanlin said without mentioning the gunman by name. He has said to mention the gunman by name would only give him the notoriety he was seeking.

As the press conference was unfolding, Mercer’s family issued a brief statement, saying “we are shocked and deeply saddened by the horrific events.”

“Our thoughts, our hearts and our prayers go out to all of the families of those who died and were injured,” their statement said.

The recovered weapon brought to 14 the total number of guns Mercer had left behind after the shooting. Six of those guns were in Mercer's possession at the college, along with a flak jacket and five magazines of ammunition. The other weapons were found in his apartment.

Hanlin said an FBI behavioral analyst team was on the scene “to help us understand the why of this event.”

Mercer moved with his divorced mother to Oregon from California two years ago. He was booted from the Army after one month. On social media he expressed a fascination with the Irish Republican Army and frustration with traditional organized religion. He also tracked other mass shootings.