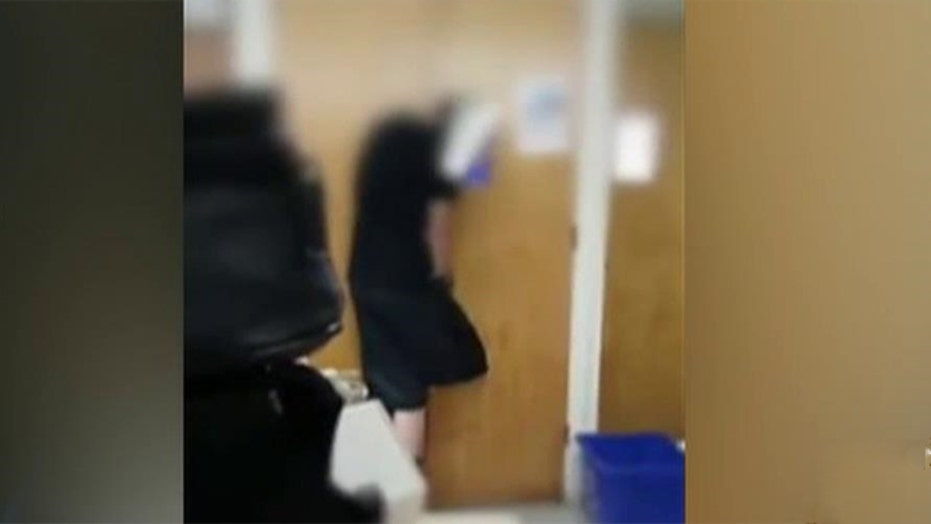 Washington teacher not fired for ‘Wheel of Misfortune’

A Washington state teacher who allowed students to spin a “Wheel of Misfortune” to avoid detention is keeping her job after an investigation determined her use of the spinning wheel to dole out punishments was an “inappropriate classroom management technique,” but not bullying.

Kemberly Patteson, 41, is a science teacher at Stevenson High School in Skamania County. The Stevenson-Carson School District put her on administrative leave and removed the spinning wheel from the classroom Oct. 9 after cellphone videos surfaced showing students in her class being pelted with soft rubber balls by other classmates after they spun the wheel for minor infractions.

“I was chewing gum in class,” Zoey Zapf told KATU-TV in a story that aired Oct. 11. “She looked over and she told me to spin the wheel and that’s like a normal thing.”

Zapf spun the wheel, which landed on “cush firing squard.” She said classmates and Patteson took turns hitting her with a Koosh ball.

“I clearly said that I didn’t want to do this, and after that I found out that you can opt out with a lunch detention,” said Zapf, a 15-year-old sophomore, told KATU. “And when I said I don’t want to do this, she said, ‘too bad’ or something, and I got pelted.”

The video shows Zapf using a textbook to shield her face as the Koosh ball is thrown at her. Her mother then lodged a bullying complaint against Patteson prompting the teacher’s suspension.

That ended Thursday when the district announced the results of its investigation.

The district said the investigation found the teacher used poor judgment, but never intended to hurt or embarrass students with the spinning wheel.

The statement added that the district “planned to work with the teacher on more positive and productive classroom management skills going forward.”

Students said Patteson had been using the spinning wheel in her class for two years.