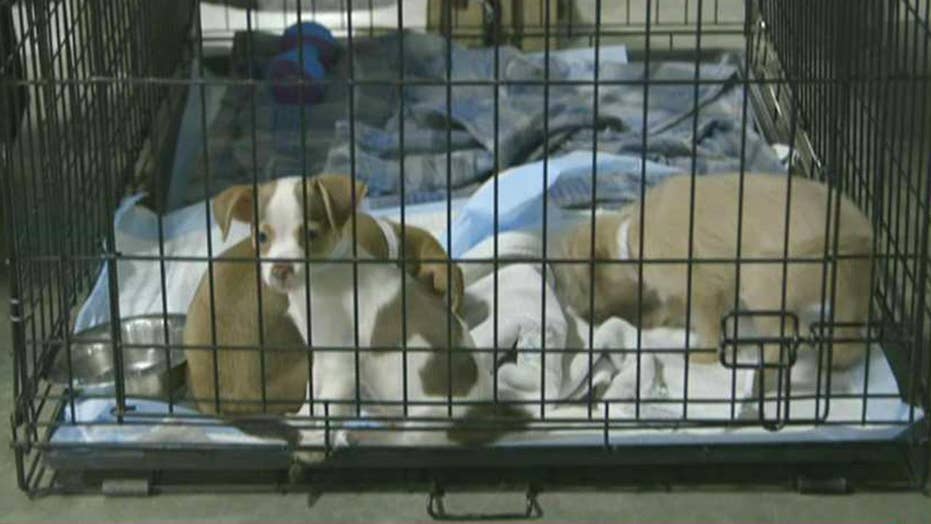 Effort to reunite pets separated from owners by hurricanes

American Humane has been on the ground in Texas and Florida helping to care for and shelter animals displaced by hurricanes Harvey and Irma; CEO Dr. Robin Ganzert explains

In South Florida, eight people died at a Hollywood nursing home after the center lost power. At least 50 are in critical condition after being stuck in the hot building.

Millions lost power across the region, and the lead up to the storm prompted the largest evacuation in U.S. history.

President and CEO Eric Silagy of Florida Power & Light, a major provider of Florida's electricity, said the company had the "the largest restoration workforce in U.S. history." Eighteen thousand workers, some from as far as Canada, worked to restore power.

The hurricane made two Florida landfalls, one in the Florida Keys and another near Naples. The storm whipped the state with powerful wind gusts and unleashed flooding in Miami, Jacksonville and Charleston, South Carolina.

This is the first year that two Atlantic Basin hurricanes have made landfall at Category 4 strength in the U.S. in one season since records began in 1851.

Outside of the mass amount of people that fled, thousands of animals were also left in harm's way.

A video from Busch Gardens Tampa Bay went viral this week, showing flamingos on the move in an orderly fashion.

All animals and personnel were safe.

In Miami, many wildlife attractions suffered severe damage. All of the Jungle Island's 600 animals survived the hurricane, but the park faced hundreds of thousands of dollars of damage, manager Christopher Gould told the Miami Herald.

Zoo Miami is likely to stay closed for weeks after experiencing extensive damage. The zoo lost a handful of birds during the storm, according to the Miami Herald.

Families with pets faced a difficult task of finding shelter that accepted pets. The Hyatt Regency in Orlando took in nearly 1,000 pets as evacuees rode out the storm.

Many workers at zoos and animal shelters across the state rode out the storm with the animals to ensure their safety.

As Floridians headed home, they were faced with gas shortages, congested roads and stranded cars.

Irma's impact in parts of the Caribbean was catastrophic, and the islands are still reeling from the effects.

Barbuda was pillaged by Irma's fiercest winds as a Category 5 hurricane last week. The entire population evacuated and 95 percent of the island's structures were damaged.

“For the first time in 300 years, there’s not a single living person on the island of Barbuda — a civilization that has existed on that island for over 300 years has now been extinguished," Ronald Sanders, Barbuda and Antigua's ambassador to the U.S., told Public Radio International.

The United Kingdom was lashed by Storm Aileen this week, the country's first named storm of 2017.

Winds gusted up to 74 mph in parts of Wales. Train travel was delayed across the country due to downed tree limbs and power outages. At least 60,000 homes in Wales lost power at the height of the storm.

For over 13 years, Cassini orbited Saturn taking over 300,000 photos, sending back 635 GB of scientific data and traveling billions of miles. The spacecraft was low on fuel after continuing its mission longer than expected.