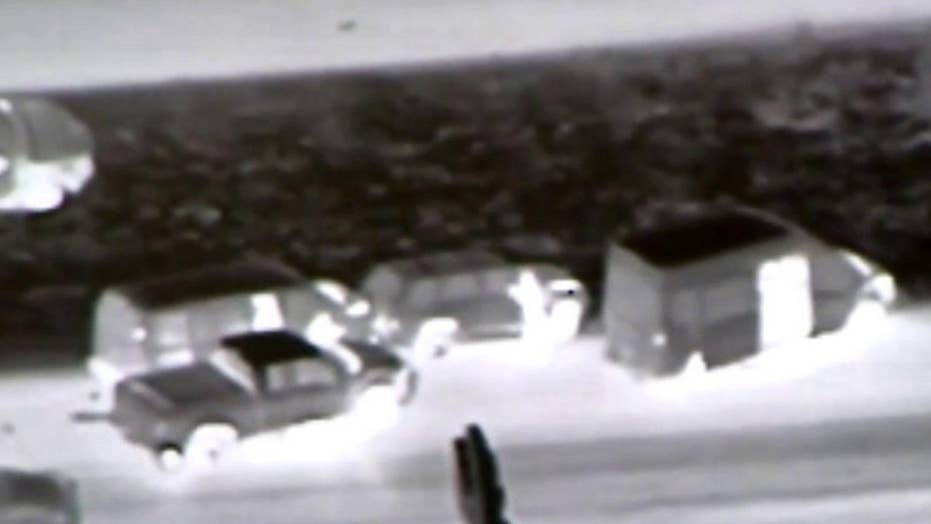 Austin police release video of the takedown of serial bomber

Raw Video: The standoff between police and a serial bomber who terrorized Austin, Texas for nineteen days in March 2018.

A new video released by Texas officials showed the final moments before the suspect behind the deadly bombings in Austin, Texas, took his life in March.

The video was shown in a meeting with commissioners from the Texas Department of Public Safety, KVUE reported. The station reported it was the first time the video was aired publicly.

It showed aerial footage from a Texas Department of Public Safety helicopter. SWAT officers from the Austin Police Department are seen following Mark Anthony Conditt, as he drove a car along Interstate 35 on March 21. The vehicle pursuit ended as two vans close in and stop the 23-year-old's vehicle. Officers were seen rushing over to the Conditt's car before an explosion occurs.

Authorities said the officers near the vehicle explosion were not seriously injured. Conditt was killed in the explosion.

Conditt was accused of killing two people in a series of explosions that began on March 2 and terrified the city of Austin. Anthony Stephan House, 39, was killed when a package he discovered on his porch in northeast Austin exploded.

AUSTIN BOMBER CALLED HIMSELF A ‘PSYCHOPATH,’ HAD NO REMORSE, CONGRESSMAN SAYS

On March 18, two men were injured by a bomb set off by a sophisticated "trip wire" made of fishing string. Two days later, a package exploded at a FedEx sorting facility outside of San Antonio.

Conditt recorded a 25-minute-long “confession” to his crimes before detonating a bomb in his vehicle. The recording was made on a phone, which was found in the suspect’s possession following the confrontation.