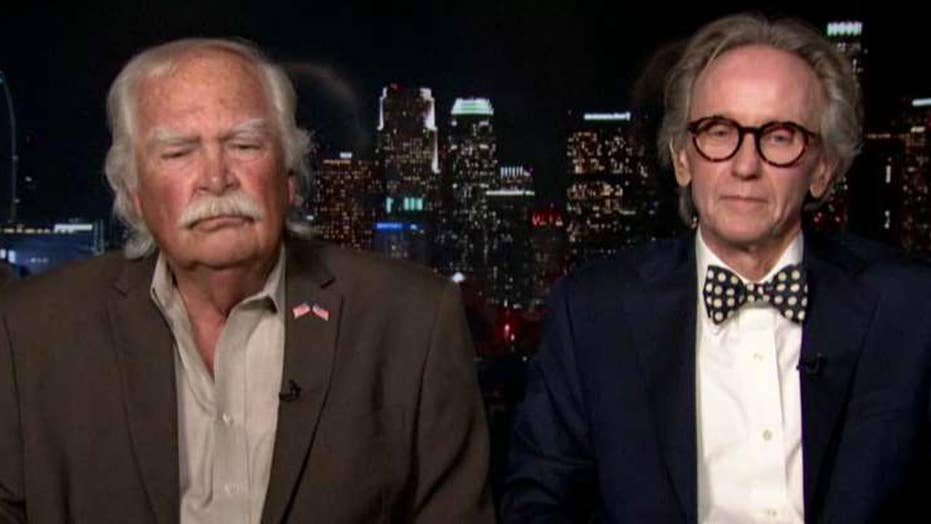 Robert Rosebrock and his attorney discuss the case on 'Fox & Friends'

A 75-year-old U.S. Army veteran acquitted of illegally posting an American flag at a VA facility in West Los Angeles told Fox News on Thursday he would do it again in an instant.

"It would be so anti-American not to," Bob Rosebrock told "Fox & Friends." He added, "In the military, we defend that American flag, and if we don't have that freedom, then we don't have America anymore."

Each flag -- about the size of a napkin -- appeared outside the VA facility on Memorial Day 2016; at least one was attached to a fence. Rosebrock said he put up the flags "in honor of all the veterans who have served our country over the last 240 years, and also in honor of the veterans who were inside that VA trying to heal from defending the American flag."

The misdemeanor charge against him: displaying unapproved "placards" on a VA property, a charge that could have sent him to prison for six months, City News Service reported. However, Magistrate Judge Steve Kim found that prosecutors didn't have the evidence to prove their case.

There was no immediate response from the U.S. Attorney's office.

"Now that the court has rightly dismissed the government's outrageous flag-displaying charge against Mr. Rosebrock, we hope that he and his fellow patriots will be allowed to honor the flag and commemorate their fellow veterans as they deem appropriate," Judicial Watch President Tom Fitton responded.