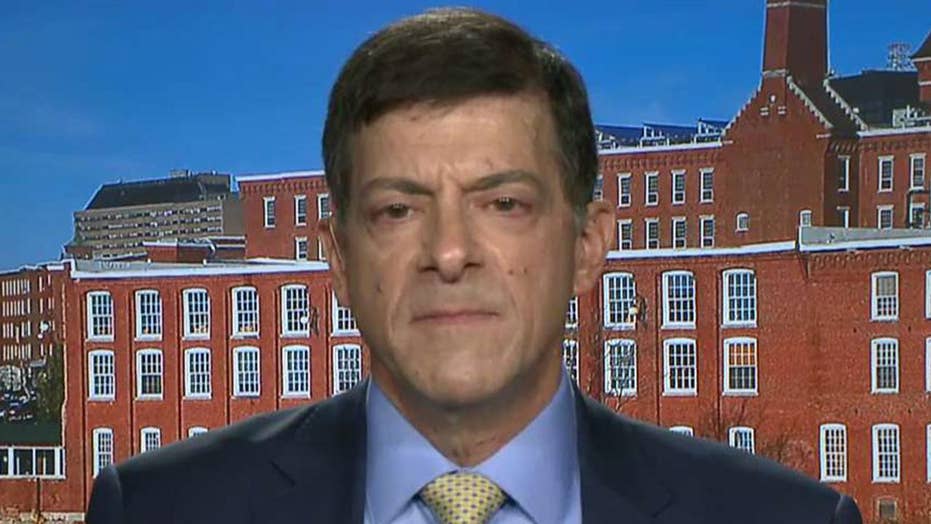 What changes does Dr. Ronny Jackson need to make to the VA if he is confirmed as the next Veterans Affairs secretary? Dr. Stewart Levenson, a VA whistleblower and congressional candidate, weighs in.

Federal government employees are being intimidated, bullied and threatened with physical violence as they try to blow the whistle on wrongdoing in their agencies – particularly within the Department of Veterans Affairs. And as some whistleblowers realize that disclosing things through the “proper channels” doesn’t always suffice, they are increasingly turning to outside groups for help and support, especially when they start encountering threats on their lives, and those of their loved ones.

In 2017, the Office of Accountability and Whistleblower Protection (OAWP) was created for employees to report wrongdoing within the Department of Veterans Affairs (VA). During remarks at the signing of the Veterans Accountability and Whistleblower Protection Act in June that same year, President Donald Trump said that “for many years, the government failed to keep its promises to our veterans,” and he called a litany of VA scandals (overlong waitlists, over-prescribing, poor treatment) “a national disgrace.”

The bill, Trump said, "protects whistleblowers who do the right thing. We want to reward, cherish, and promote the many dedicated employees at the VA."

Former VA Secretary David Shulkin had been touting the accomplishments of the OAWP weeks before his departure earlier this month, listing the number of employees terminated as a result of the office’s work in intricate detail. There was no mention of the number of people who brought the apparently extensive wrongdoing to light, or how they were supported throughout that process. And despite all of those firings, whistleblowers within the VA seem to be turning to outside resources for help more than any other type of federal employee.

"My numbers are going up with new reports every day," says Jackie Garrick, founder of Whistleblowers of America (WoA). Garrick created WoA earlier this year after discovering firsthand how difficult the process of reporting wrongdoing can be, and the personal toll it can take on the people blowing the whistle. By offering up the help and insight of former government insiders and whistleblowers like herself, Garrick is hoping to not only encourage more people to come forward, but also to simply support them once they do so.

That, she says, is something that is not offered by any federal resource.

"People [who are reporting wrongdoing] think, ‘I'm going crazy, I'm paranoid, they're out to get me,’" Garrick says, "and they really do need someone to say to them, ‘Yeah, they are out to get you.’"

"People [who are reporting wrongdoing] think ‘I'm going crazy, I'm paranoid, they're out to get me,’ and they really do need someone to say to them ‘yeah, they are out to get you.’"

In just a few months, Garrick and her group have amassed nearly 100 active cases from across the federal government, most connected to the VA. These are not nefarious leakers running to the press, Garrick says, but rather dedicated public servants who see problems and raise their concerns internally -- hoping for fixes, not fame. For their efforts, some face threats on their lives and their families, all because of their attempts to get veterans the care they deserve and have earned.

That they are also, potentially, helping the government avoid being defrauded is what some might call an added bonus.

According to the whistleblowers Garrick is working with, reporting wrongdoing through official VA channels like the OAWP can become a monthslong process, and it often results in complaints coming right back to their superiors at work – even when anonymity is supposedly guaranteed. And that’s just one of the potential downsides of being the squeaky wheel in a government agency.

"One woman told me that people were saying things to her kid, and then their kid was afraid for her to go to work, saying, ‘You’re going to get hurt if you go to work, Mommy, someone is going to kill you,’” Garrick says. Other clients she is working with have reported being stalked, getting threatening notes and phone calls, being cyberbullied and havng suicidal thoughts as a result of being ostracized and punished for coming forward.

This retaliation has become almost commonplace, Garrick says, despite the fact that America has a long history of encouraging its citizens to blow the whistle on government fraud and waste. ”When all the scallywags were bilking the government [during the Civil War] by selling them blankets and ammunition, but delivering crates of sawdust, contaminated food and filthy, dirty blankets... President Lincoln created a law saying, ‘Hey, if you report this, you can get a reward,’" she says. "So they knew even then, during the Civil War, that they had to incentivize this relating of the wrongdoing."

Lincoln himself once said, “The people will save their government, if the government itself will allow them.”

Garrick is no stranger to the world of the VA, or to whistleblowing, having worked in both the Departments of Defense and Veterans Affairs, as well as the House Veterans Affairs Committee. She once ran the DoD's suicide prevention program, and says she experienced the kinds of retaliation that many whistleblowers go through after reporting wrongdoing in their workplace.

However, Garrick’s group isn’t the only place whistleblowers are turning to when the proper channels don’t suffice. The Office of Special Counsel OSC), a government agency that protects federal employees from prohibited practices (like whistleblower retaliation), suggested in its most recent budget presentation to Congress that the office has "received more cases from VA employees than from any other agency, and we expect this trend to continue." In the 2017 fiscal year, the OSC dealt with 1,824 cases from the VA alone – the most of any federal agency. According to OAWP, whistleblowers reported being retaliated against as often as they reported actual violations (20 percent of the time).

It’s not just low-level employees who are having trouble reporting inefficiencies through the proper channels. Dr. Stewart Levenson was the chief of medicine at the Manchester VA Medical Center in New Hampshire when he tried sounding the alarm on problems ranging from a “fly-infested operating room … to thousands of patients waiting indefinitely for specialist care,” according to The Boston Globe.

Dr. Levenson eventually went to the press with his story in 2017 when administrators failed to act, and suggested in an interview with Fox News that his cries were allegedly being ignored by the VA secretary himself. "When the VA in Manchester was imploding, I was trying to reach Secretary Shulkin and I later found out that he was at Wimbledon," says Dr. Levenson, who is now running for Congress.

Garrick is now hoping to encourage more whistleblowers, from the top of the chain like Dr. Levenson on down, to come forward from all corners of the government. And she believes the risk of people being scared into silence comes with serious consequences.

"I think, where lives are at stake or the welfare of the public, I think as civil servants there is this obligation to act," Garrick tells Fox News. "And I think that what is the true corruption is what I call the conspiracy of silence, which becomes part of the go-along-get-along that just facilitates more wrongdoing and it becomes this institutional culture of dysfunction and corruption."